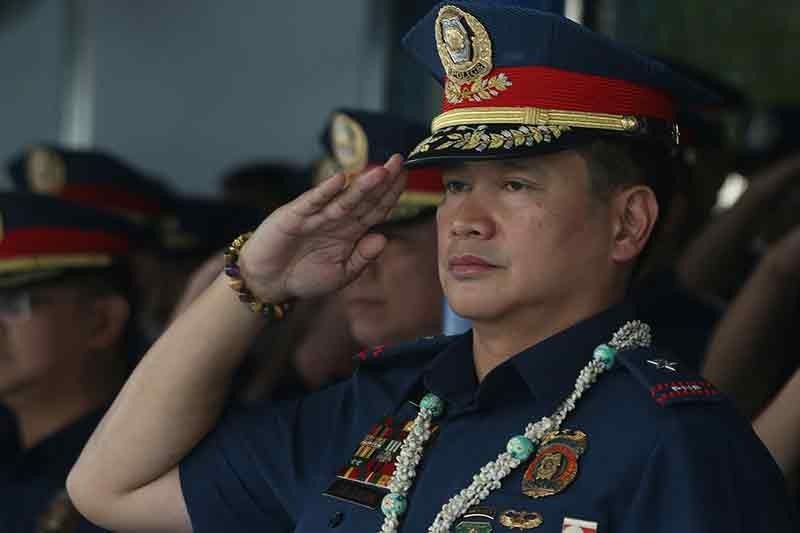 These were the promises made by P/Brig. Gen. Valeriano de Leon, the new chief of the Police Regional Office (PRO) 7.

In his speech, de Leon said the police scalawags have no place in Central Visayas.

He will first check the records of police officers who have pending cases at the Regional Internal Affairs Service, saying he could not wage a campaign against illegal drugs if there are still problems inside the PRO 7.

De Leon said he is not a temperamental kind of person.

“Bihira akong magalit kung tutuosin, pero yung action ko mas masakit pa sa magalit (I rarely get mad, but my action is more painful than that of an angry person). I do not know how to interpret that but ganun lang ako (that’s the way I am),” he said.

De Leon is a member of the Philippine Military Academy’s Class of 1989.

He was the former deputy director for operation at the PRO 11 in 2016. De Leon then served the Davao Oriental Police Provincial Office as its director.

He was later named as Davao City police acting director. At the time, a bombing happened at the city’s night market on Sept. 2, 2016, killing 14 persons and injuring 70 others.

De Leon was the chief of the Firearms and Explosives Office in Camp Crame when he was chosen as Sinas’s successor.

Sinas promised to help him in the fight against illegal drugs, saying he will share information with de Leon. In Sinas’s one-year stint as the PRO 7 director, the anti-narcotics operatives had often received information that the suppliers of Central Visayas’s drug personalities were from Metro Manila.

Gamboa told de Leon to double his efforts against illegal drugs; he said the PRO 7 should arrest big-time drug personalities and leave the capturing of street-level pushers to the lower units. FROM AYB OF SUPERBALITA CEBU / KAL