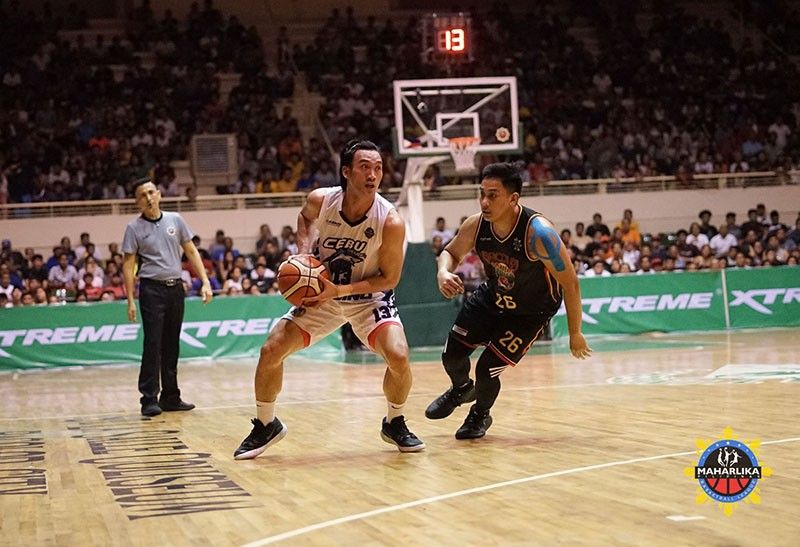 THE Cebu-Casino Ethyl Alcohol sputtered in the endgame but eventually got the defensive stops it needed to put away the Bacolod Master Sardines, 85-80, in the Maharlika Pilipinas Basketball League Lakan Season at the University of St. La Salle gym in Bacolod on Thursday night, October 17, 2019.

The victory was a crucial one for Cebu as it improved their win-loss record to 7-10, putting them within half a game behind Bicol, which currently holds the eighth spot in the standings in the South division at 8-11.

Nichole Ubalde had his best game in the MPBL, piling up 10 points, six boards, eight assists and two steals, while also playing stellar, lockdown defense on Cebuano hoops star Macmac Tallo, who shot just 4-of-21 from the field and had just 15 points.

The trio of McAloney, Cabahug and Octobre were on fire in the third period as they combined to score majority of Cebu’s points during that stretch to push them ahead by 16, 66-50, after the game was tied at 37-all at halftime.

Cebu was still up by 12, 69-57, in the fourth but got threatened by Bacolod, which pulled to within four, after a free-throw by Cebuano guard Jerick Canada with 1:04 to go. Bacolod had a shot to pull even closer after Ubalde missed two free-throws with 31 seconds to go but McAloney stood tall on defense for Cebu, blocking Tallo’s layup.

A free-throw by Octobre later sealed the win for the Cebuanos.