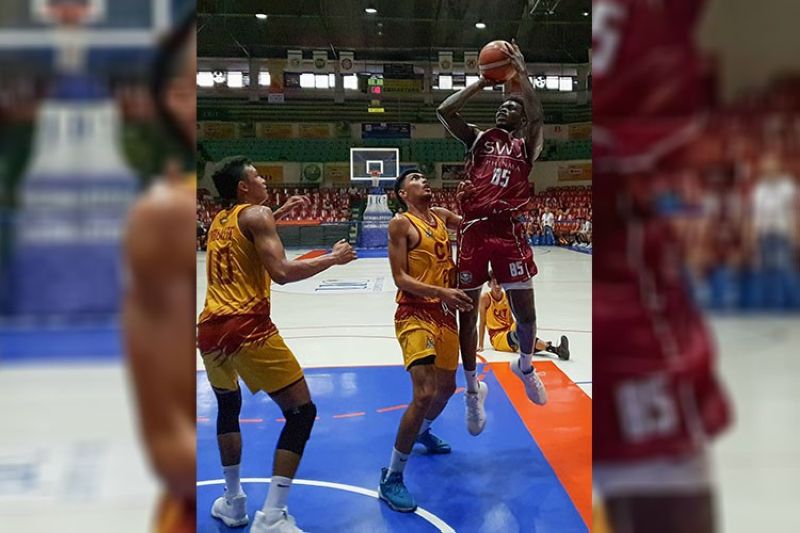 KEENLY aware of just how dangerous the University of Southern Philippines Foundation (USPF) is especially with the Panthers hunting for their very first win of the second round, the Southwestern University-Phinma Cobras (SWU-Phinma) are not pulling any punches in their match-up in the 2019 Cebu Schools Athletic Foundation Inc. (Cesafi) men’s basketball tournament at the Cebu Coliseum on Saturday, Oct. 19, 2019.

The Cobras currently share the lead in the standings alongside the University of the Visayas Green Lancers, with the two teams holding identical 6-2 (win-loss) slates. SWU-Phinma has won two straight in the second round and will be looking to add a third one on Saturday.

Cobras team captain Dyll Roncal admitted the task at hand is a daunting one, which would require their supreme effort and focus.

“For us to get the win during tomorrow’s game against them, we need to play hard and play also as a team and put more effort,” said the veteran forward who has emerged as one of the team’s leaders this season. “Then, we need also to follow the system of coach Mike (Reyes) especially on defense because USPF is a strong team and we know that they will also play their very best.”

Cobras point guard William Polican also said he is constantly reminding his teammates to not overlook any team.

“All I can say about my teammates is that we are ready in every game and we are focused because all the teams in the Cesafi can beat us if we get complacent. We also know that USPF is a dangerous team and they are playing more physical also,” Polican said.

The other collegiate game would see the two bottom-dwelling squads — the Cebu Institute of Technology-University (1-6) and the University of San Jose-Recoletos (2-6) — square off.

Meanwhile, in the high school division, the league-leading University of Cebu Baby Webmasters seek their eighth win in a row when they tangle with sister squad UC-Lapu-Lapu and Mandaue Campus (0-6) at 2 p.m.