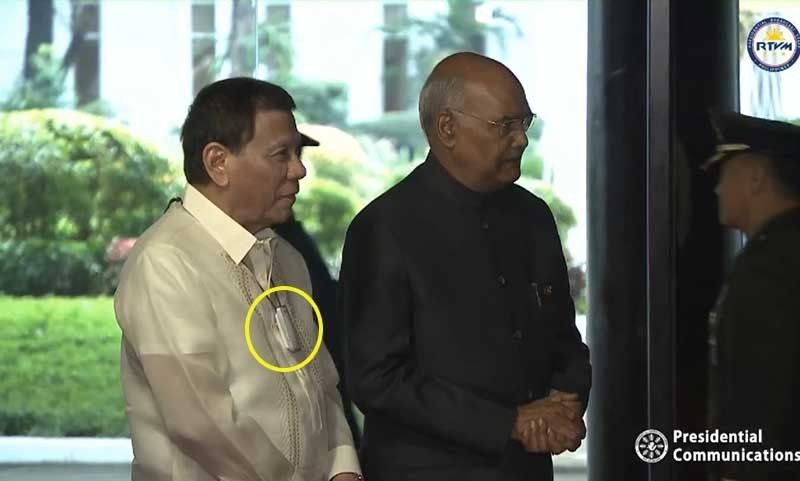 The gadget was noticed when Duterte led the welcome rites for the Indian President at the Malacañang on Friday, October 18, 2019.

In a text message, Presidential Spokesperson Salvador Panelo explained that the 74-year-old President has to use the air purifier to protect him from people who have “coughs and colds.”

“That is an air purifier, para (so that) he will be protected from persons within his proximity who have coughs and colds,” the Palace official said.

It was not the first time Duterte used one. He was also seen using it during the Philippine Business Conference on October 17 and at the 42nd Cabinet meeting. (NASE/SunStar Philippines)