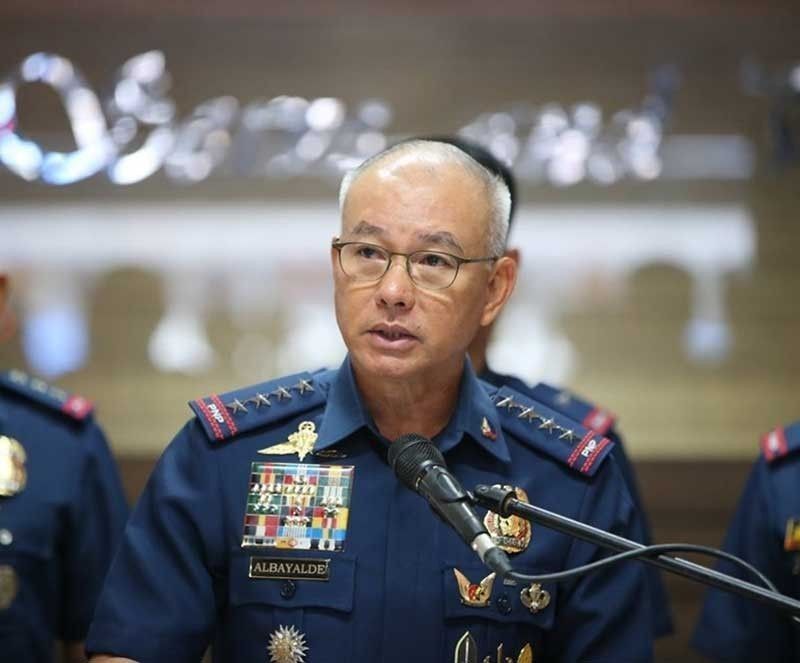 THE Senate Blue Ribbon and justice committees have recommended the filing of charges against former police chief Oscar Albayalde and the 13 alleged ninja cops.

Senator Richard Gordon, chairman of both committees, said the recommendation was contained in the committee report that he submitted on Friday, October 18, 2019.

Gordon said the police officers were all "guilty of malfeasance, misfeance and nonfeasance."

"Your Senate wants these people unmasked. Your Senate simply wants the BEST POLICE FORCE for the people. Para sa bayan (For the country)," Gordon posted on Twitter.

The report was submitted more than a week after Gordon's committees concluded the marathon hearings conducted on the good conduct time allowance (GCTA) system which led to the investigation into ninja cops, "agaw-bato" scheme and drug recycling.

Ninja cops refer to police officers who recycle and sell illegal drugs that were seized during operations.

Albayalde was implicated in the issue when the Senate learned of an anti-illegal drugs operation in November 2013 in Pampanga, which was found to be replete with irregularities.

The operation was conducted by a team led by Superintendent Rodney Raymundo Baloyo IV.

Albayalde was the police chief of Pampanga when the operation was conducted. He was relieved over command responsibility.

Baloyo and his men, who have been tagged as ninja cops, declared that they confiscated more than 36 kilograms of methamphetamine hydrochloride (shabu) during the 2013 operation. Investigation later showed that more than 200 kilograms of shabu were seized.

The officers also allegedly let go of the suspected drug lord whom they arrested after the latter paid P50 million for his freedom. They later presented another man as suspect.

The 13 policemen were ordered dismissed, but they appealed the dismissal order. A revised order merely demoted the officers.

Philippine Drug Enforcement Agency (PDEA) Director General Aaron Aquino had told the Senate that Albayalde "intervened" in the implementation of the dismissal order against the 13 cops.

Albayalde denied Aquino’s claim but admitted that he called to inquire about the status of the case. He was then the regional director of the National Capital Region Police Office while Aquino was the Central Luzon Police Regional Office chief.

Albayalde was also accused on hinting that he had benefited from the illegal activities of his men. He also denied this.

The former PNP chief announced on Monday that he was going on non-duty status until his retirement on November 8, 2019. (MVI/SunStar Philippines)