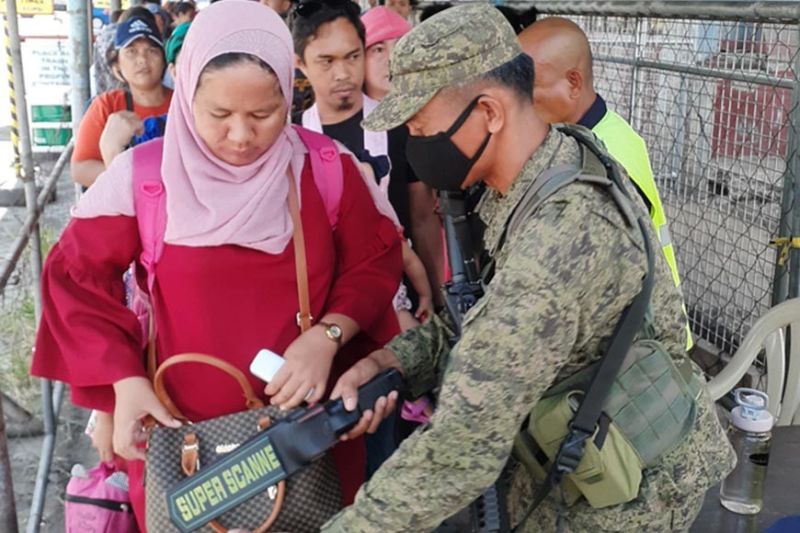 ZAMBOANGA. A soldier assigned with the Task Force Zamboanga conducts thorough inspection Friday, October 18, of all inbound passengers at the port of Zamboanga as security has been tightened amid threats from lawless groups, including the Abu Sayyaf. (SunStar Zamboanga)

Galvez said the joint police and military team served a search warrant against them at around 3:15 a.m. Wednesday, October 16, 2019, in Sitio Asinan in the village of Kasanyangan, Zamboanga City.

Galvez said confiscated from them were two caliber .45 pistols with ammunition and one fragmentation grenade.

Sawadjaan’s group has been linked to kidnapping and gun-for-hire activities in Sulu, Basilan and neighboring provinces. (SunStar Zamboanga)