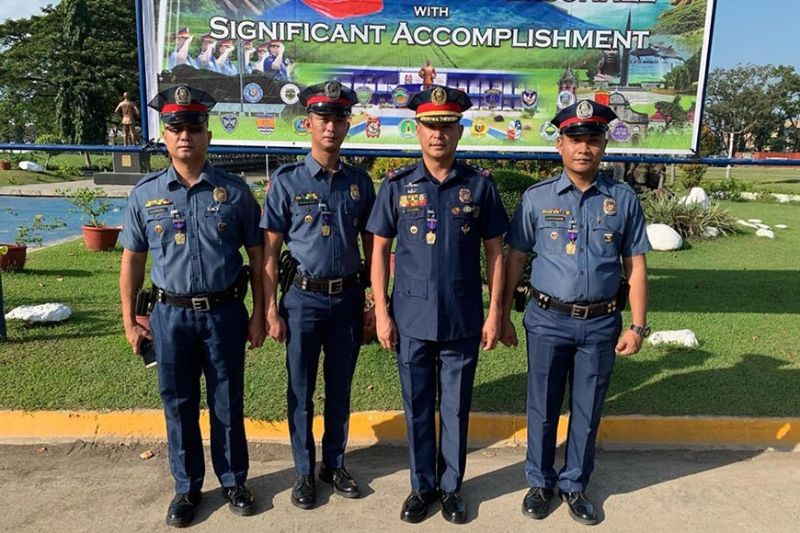 THE elements of the 2nd Provincial Mobile Force Company (2nd PMFC), led by Police Lieutenant Colonel John Clark, received the “Medalya ng Kagalingan” for their recent operations in the City of San Fernando.

The award is in line with the Philippine National Police (PNP) Patrol Plan 2020.

The 2nd PMFC was hailed for their successful implementation of a search warrant that resulted in the arrest of one suspect and the confiscation of suspected illegal firearms and ammunition.

Search warrant No. 19-463 was issued and signed by Omar Viola, Angeles City presiding Judge RTC BR 57, for violation of provisions of the Comprehensive of Firearms and Ammunition. Suspect Arnold Sagun was arrested during the said operation.

Just last May 2019, Clark and his men were given recognition for their participation in the drug bust in Barangay Dolores, Magalang town recently.

Clark and his team were presented with Medalya ng Kagalingan by Police Regional Office Central Luzon Director Joel Napoleon Coronel at Camp Olivas in the City of San Fernando Monday, May 20.

It could be remembered that least P1 million worth of suspected “shabu” (methamphetamine hydrochloride) was seized from an alleged notorious shabu pusher in Barangay Dolores, Magalang last May 3.