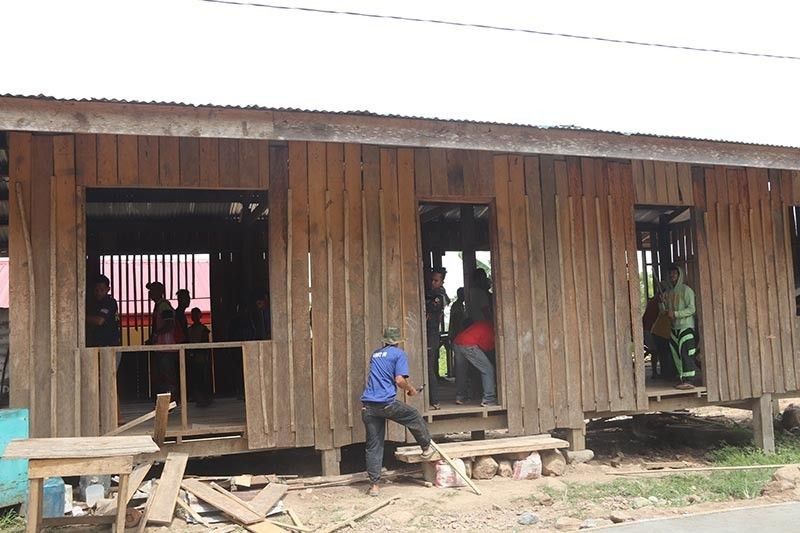 ALL Salugpongan Ta’tanu Igkanugon Community Learning Center Inc. (Salugpungan) and its affiliated schools are no longer operating, the Armed Forces of the Philippines (AFP) reported.

What’s left in the Lumad areas are just the structures of these schools. Earlier, the provincial government of Compostela Valley and Davao del Norte vowed to put up more schools in remote areas to make education more accessible to the Indigenous People (IPs).

The shutdown was made after the Department of Education (DepEd) 11 found "substantial" pieces of evidence to recommend for the school's closure. Based on committee's findings, Salugpungan does not comply with the curriculum standards set by DepEd.

Lamosao said that in the affidavit of former students, during the operations of these schools they were allegedly teaching communist ideologies and grooming future New People’s Army (NPA) fighters, there have been lots of lives that were lost, families that were destroyed, and broken promises from the organizers.

“Tama lang pod nga wala na sila nag-operate kay una, declaration na sa Deped and we support the fact that if dili ni siya ma-close, daghan pag estudyante ang mabiktima, daghan pa ang magamit, daghan pa ang mga bata na mahikawan sa ilahang katungod sa tama ug haom nga edukasyon para sa ilaha (It's only fitting to close the Salugpungan schools and we support the declaration of DepEd. If not, there will be a lot of victims who will be used and many rights of the children for quality education will be stolen),” he said.

Lamosao added that they are continuously monitoring on the ground together with the education department and the Department of Social Welfare and Development.

Earlier, the Davao City Council rejected the call of Councilor Pamela Librado-Morato to reopen the Salugpungan schools in the city. Only Librado-Morato voted “yes” out of 17 councilors for the reconsideration of the first reading item filed by Librado-Morato.