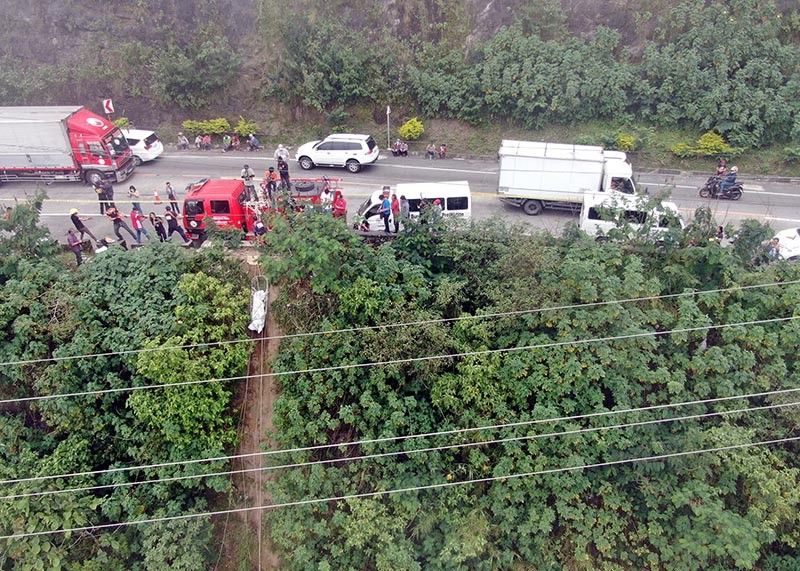 A DISPLEASED Tuba Mayor Clarita Sal-ongan sounded a call to stop the dumping of bodies and garbage along Marcos Highway following the discovery of eight cadavers in Sitio Poyopoy, Barangay Taloy Sur in Tuba, Benguet.

Sal-ongan said there should be no one dumping cadaver and garbage along the national road.

"We are appealing to the people, to all concerned. They should not dump any dead body along the national road. Don't let other people suffer," she said.

She said that in the past, there had been cases of people dumping cadavers in the municipality, but they did not expect to find eight bodies just early this week.

She said the local government unit is planning to write a letter to the Department of Public Works and Highways to ask for allocation of additional closed circuit television cameras that will monitor the area and for the Benguet Electric Cooperative to install streetlights.

The mayor advised persons making stopovers in the area, including truckers, to observe proper waste disposal.

"To all motorists, passersby, not only Marcos Highway but to all national roads, they should see to it their garbage to be properly managed," she said.

As of Thursday, October 17, two of the eight bodies dumped in a 30-meter ravine from the national highway were identified by their relatives.

"During our college days, that area is of course well known. Sad to say, I would only surmise that their death might have been elsewhere but they were brought to a place that is very peaceful," said Ragay.

Police Major James Acod, Tuba Municipal Police Station chief, said previous dumping activities involving cadavers are not only seen along Marcos Highway but in other areas such as Asin and Nangalisan Road, which are major thoroughfares in the municipality.

Volunteers from Australia who took a drone footage along the site showed piles of garbage dumped in the area.