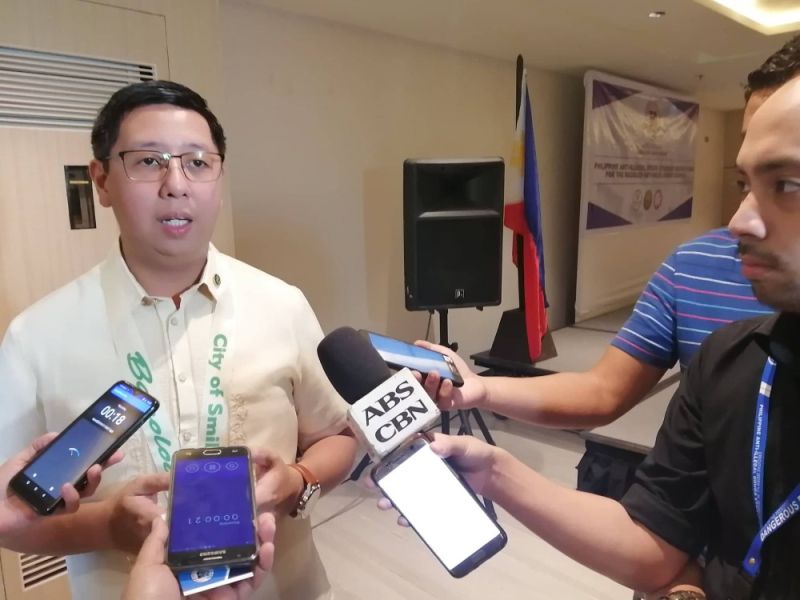 BACOLOD. Dangerous Drugs Board Undersecretary Earl Saavedra in an interview with the local media during his recent visit in Bacolod City. (PIA)

THE Dangerous Drugs Board (DDB) of the Philippines led the Philippine Anti-Illegal Drugs Strategy Orientation for Bacolod Anti-Drug Abuse Council.

The orientation, which was attended by barangay captains and officials, members of the City Anti-Drug Abuse Council, city officials and other stakeholders, was held to emphasize the anti-illegal drugs campaign of the government.

DDB Undersecretary Earl Saavedra said they want to orient these multi-sectoral representatives on Executive Order 66, employing the "Whole of Nation Approach" in addressing the drug problem.

"We have pillars of action that as we go heavy in terms of supply reduction, we also put premium to demand reduction which covers treatment, rehabilitation, reintegration and preventive Education," Saavedra said/

Meanwhile, Saavedra said that on top of the P10-million assistance they have given Bacolod City in 2018 for the establishment of the rehabilitation

center, they are about to release P5 million more for the facilities in the rehabilitation center.

"It is our commitment to Bacolod City Mayor Evelio Leonardia in terms of putting up a state of the art rehabilitation center in Bacolod City and even clients from neighboring towns and cities can avail where intervention will be given to them," Saavedra added.

He said with the local government support in place, plus the commitment of the National Government to help Bacolod, the DDB is not just looking at how to solve existing local problem in terms of drug dependents among the people, but one priority is how it could institutionalize national policies.

"Mayor Leonardia is very supportive of what we are doing and it is good because he is not only helping us in terms of localizing efforts in Bacolod but as president of the League of Cities in the Philippines, he also wanted that the other cities will adopt the anti-illegal drugs strategy," he said. (PR)