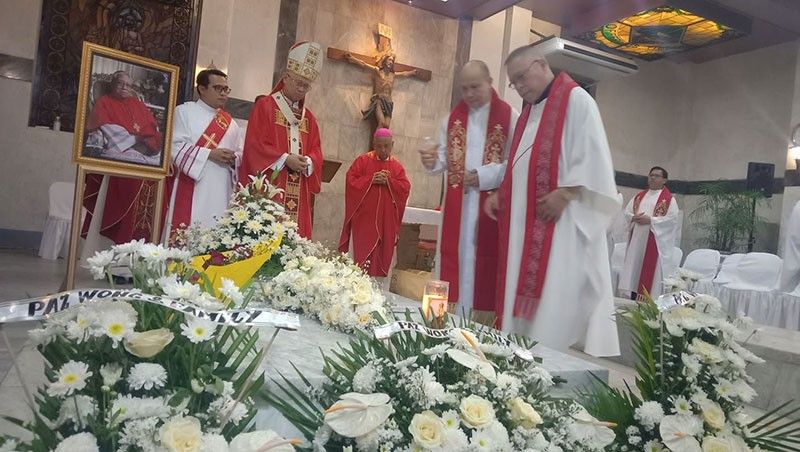 IF THERE’S one value that every priest and religious today should imitate from the late Cebu Archbishop Emeritus Ricardo Cardinal Vidal, it’s his simplicity.

“Despite being a cardinal, he lived a simple life. The point is that everything we receive is a gift from God. Let us remember that everything that happens to us is a blessing from the Lord. We shouldn’t boast or tell that everything happens because of our own doing,” Palma said in Cebuano.

Noting his absence during Vidal’s first death anniversary last year, Palma said it would be better if both he and Rañola would preach the homily.

“I said, this is the second death anniversary so there should be two of us to preach. Last year, I missed being present because we were in Switzerland for the international convention of San Pedro Calungsod,” he said.

“I said to myself, if we ask the cardinal, he would have said “Go” because Pedro Calungsod’s canonization is one of his life’s fulfillment,” he added.

In his homily, Palma recalled how fatherly and how dedicated Vidal was when it came to his work.

Palma recalled how Vidal led the preparations for the canonization of St. Pedro Calungsod in Cebu.

On a personal note, Palma said he would never forget Vidal’s tenderness and softhearted wisdom.

“The way he would make me feel his support and his love. Many times when I visited him, he would say, Archbishop, ang akong pabalon nimo labaw sa tanan (What I will leave you, above all) is my prayer and sacrifice,” he said.

Rañola, who sees Vidal as an old friend, shared his fond memories with Vidal, including their times together in the minor seminary.

“I remember him close to my heart like each and every one of you. Together, we would be walking, we would be praying together. He was a brave man, an able shepherd of the flock of God and an exemplar example that everyone must follow,” Rañola added.

Rañola and Vidal were together in the Minor Seminary of the Most Holy Rosary (now Our Lady of Mount Carmel Seminary) in Sariaya, Quezon, as seminarians for more than three years. They also became formators there.

Just as in his friendship with Vidal, Rañola encouraged the faithful to never abandon their friends.