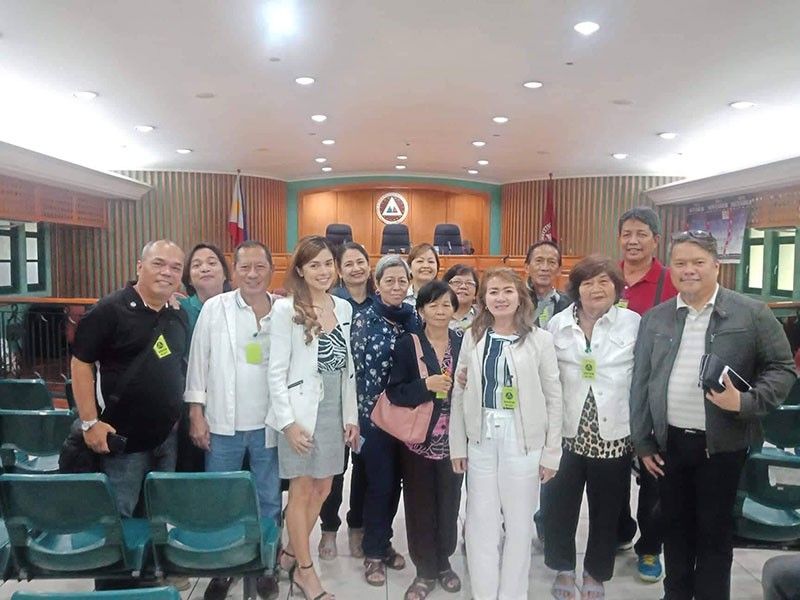 LEGAL BATTLE’S END. Some of the Lapu-Lapu City officials and their friends smile in a group picture after the Sandiganbayan-Seventh Division acquitted them of graft charges for their alleged participation in the purchase of “overpriced” computer sets in 2005. Not in the picture is former Lapu-Lapu City mayor Arturo Radaza, who was also acquitted. (Contributed Photo)

THE anti-graft court has acquitted politician Arturo Radaza and 15 other Lapu-Lapu City officials who were accused of corruption for their purchase of “overpriced” computer units in 2005.

Radaza was the city mayor at the time when his rival, businessman-turned-politician Efrain Pelaez Jr., filed a complaint for the City’s “anomalous” procurement of computer units.

Pelaez had claimed that the original price of each computer unit was only P23,000, but he said the City had bought each at P45,950. The City paid P23.4 million for 479 computers that were distributed to public high schools.

The investigators at the Ombudsman found enough evidence to indict Radaza and his fellow respondents for graft charges. The cases were endorsed to the Sandiganbayan for trial.

“The allegation of overpricing under the information lacked basis and the Prosecution failed to prove it... Evidence is insufficient to support a conviction,” read a portion of the Sandiganbayan-Seventh Division’s decision released on Friday, Oct. 18, 2019.

The prosecution failed to present the actual canvass sheets, which would show the actual market price of the computer sets, according to the anti-graft court.

Radaza released a short statement, saying “justice and truth” won over a “malicious prosecution.” He was present at the Sandiganbayan when the decision was read.

The Sandiganbayan ordered the release of bail bonds posted by the accused. It also set aside the hold departure order it issued on Nov. 4, 2014; it recalled and cancelled the order issued by the Bureau of Immigration incorporating the names of the accused in the hold departure list. (from FVQ of Superbalita Cebu/KAL)