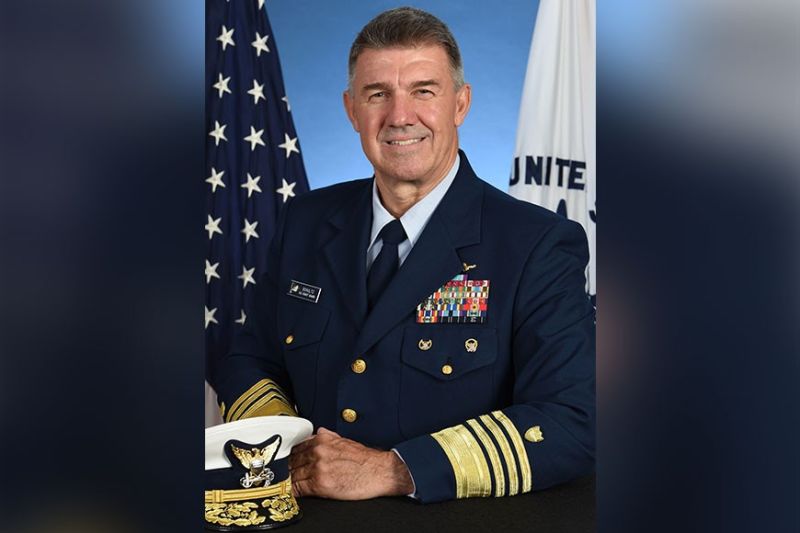 “The ceremony offers not only an important moment of remembrance with the people of the Philippines, but is also an opportunity to reflect on the enduring role of the US Coast Guard in the Pacific region,” said Schultz.

“My goal for the US Coast Guard is to be the partner of choice in the region. Our specialized capabilities and expansive international relationships enable us to build partner-nation capacity and model rules-based values, ” he added.

He will accompany the US Embassy’s Chargé d’Affaires, John Law, to honor the 75th anniversary of the launch of the Philippine liberation campaign since US General Douglas MacArthur and Philippine President Sergio Osmeña landed on Leyte beach on October 20, 1944, fulfilling the general's famous promise "I shall return" after leaving Corregidor in 1942.

Schultz, along with Philippine National Security Adviser, General Hermogenes Esperon Jr. and other national, local officials and the remaining war veterans in the region, will lead the ceremony, which also bolsters the continued partnership between the two countries since the liberation during the World War II.

“The Philippine armed forces have seen unprecedented growth in recent years, and as a friend, partner, and ally of the Philippines, the US Coast Guard has supported this expansion through a robust training and technical assistance effort, including the transfer of three former Coast Guard 378-foot High Endurance Cutters,” the US Embassy said in a statement.

Meanwhile, Schultz is set to visit US Coast Guard members off the coast of Puerto Princesa who are aboard the Coast Guard National Security Cutter Stratton based in Alameda, California.

According to the embassy, the US service members have been deployed onboard the Coast Guard’s 418-foot flagship in the Indo-Pacific region since June 2019, conducting maritime defense and security operations with the US Indo-Pacific Command in the South China Sea and broadening partnerships and alliances throughout the region.

“We are proud to be operating with our Philippine partners to ensure a free and open Indo-Pacific region,” said the US Coast Guard commander.

The crew of the Stratton is participating in Maritime Training Activity Sama Sama, it said. (SunStar Philippines)