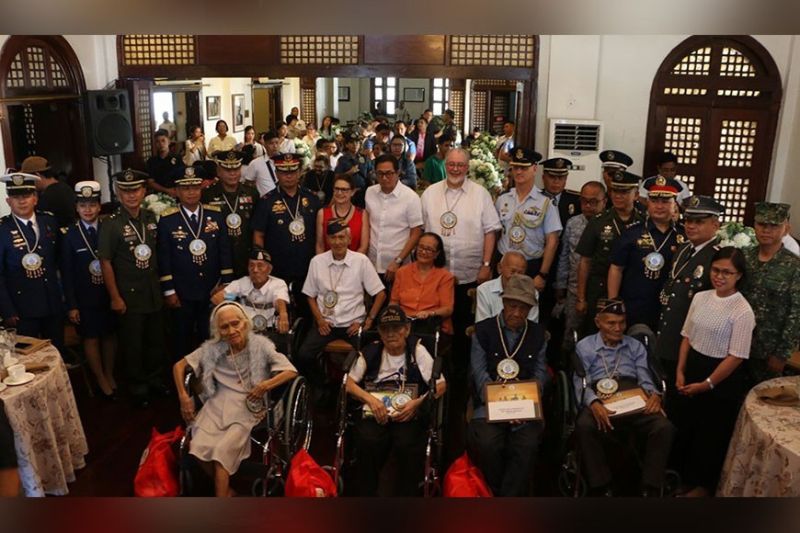 "This celebration of the 75th Liberation Anniversary is very significant to us for after the war, we still survived and witnessed the event. I am very much thankful that each year, we are given recognition and honor. It only shows that we are not forgotten," said Modina, one of the war heroes, in his testimonial speech at the historic Price Mansion in Tacloban City.

"As a city and nation, we must always remember the courage, sacrifice and heroism of our World War II veterans. We must show our respect and gratitude to them by ensuring their quality of life. We owe it to them,” said Yaokasin in a statement.

October 19 has been declared as World War II Veterans Day in the city through City Ordinance 2007-9-65.

Under the ordinance, the family of a deceased World War II veteran is entitled to burial assistance amounting to P10,000 from the City Government, according to the Tacloban City Information Office.

The Price Mansion, a residence of Walter Scott Price and his family, played an important role during the World War II liberation in 1944, serving as the headquarters and residence of US General Douglas MacArthur. (SunStar Philippines)