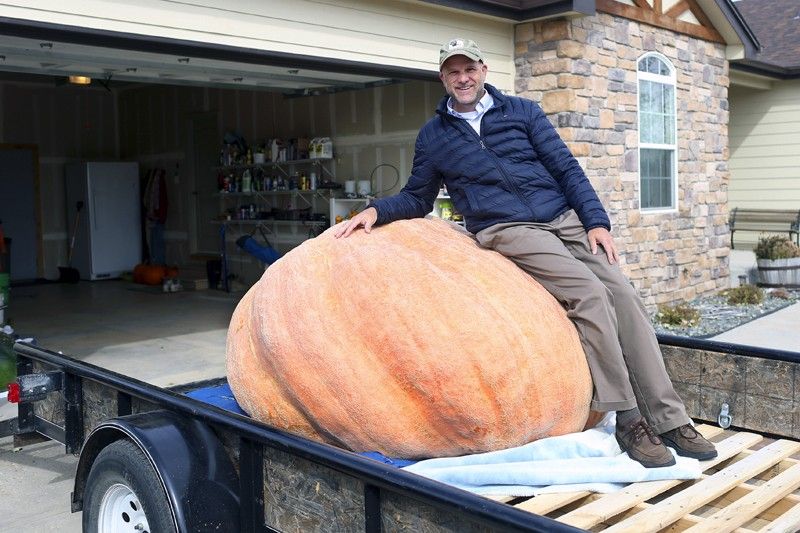 WYOMINH. In this Wednesday, October 16, 2019 photo Andy Corbin poses for a photo with his 1,491 pound pumpkin in Cheyenne. Corbin now once again holds the state record for largest pumpkin. (AP)

CHEYENNE, Wyoming -- Wyoming officials said a Cheyenne man has grown a pumpkin that weighs in at 1,491 pounds (676 kilograms), a new state record.

The Wyoming Tribune Eagle reported Thursday, October 17, that Andy Corbin grew the gourd in his backyard.

Corbin said the pumpkins he grows at his east Cheyenne home require a handmade tripod to move them.

He said his pumpkins require yearlong maintenance and can gain dozens of pounds a day during growing season.