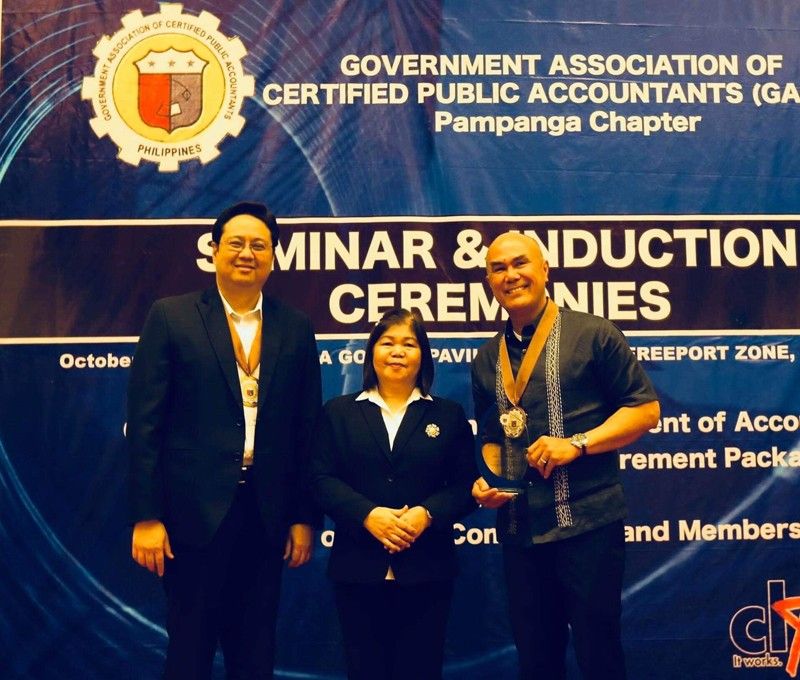 MABALACAT City Mayor Crisostomo Garbo recently commended a group of public accountants for keeping government transactions transparent and above board.

Garbo commended the Government Associations of Certified Public Accountants (Gacpa) Pampanga Chapter during the induction ceremony of their new set of officers in Clark Freeport.

In his speech, the mayor thanked accountants and auditors for ensuring transparency and accountability in every government transaction.

“Without transparency and accountability, projects are doomed to fail even before they’ve started. We vowed in this administration to never succumb to the ailment of bureaucracy. And I thank you for ensuring that those two values are ingrained in the Philippine government,” Garbo said.

Ever since he assumed his post as city mayor in July 2017, Garbo has promoted transparency through clean and audited records in all the transactions in the affairs of the city government.

“I observed that most offices are not happy when accountants and auditors come for whatever reason. For me, I welcome it. It’s the best time to explain your priorities and demonstrate your management,” Garbo said.

Garbo congratulated the public accountants and called them “the guardians of honesty and integrity in this complex bureaucracy.”

“I truly believe that there is hope for the Philippines as long as we do our jobs faithfully without compromise,” he added.