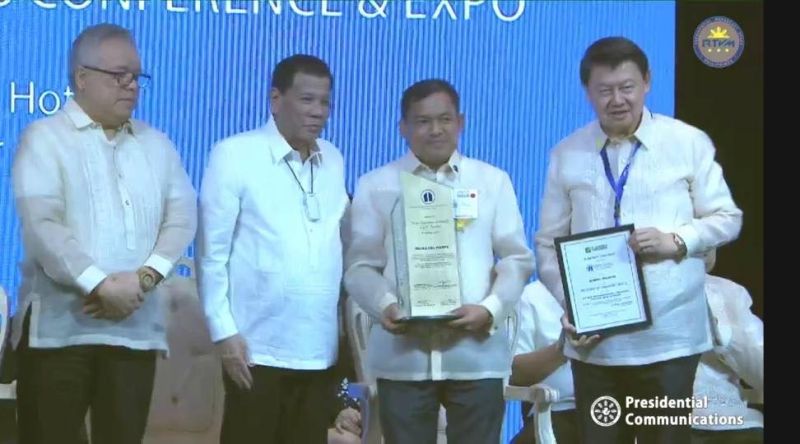 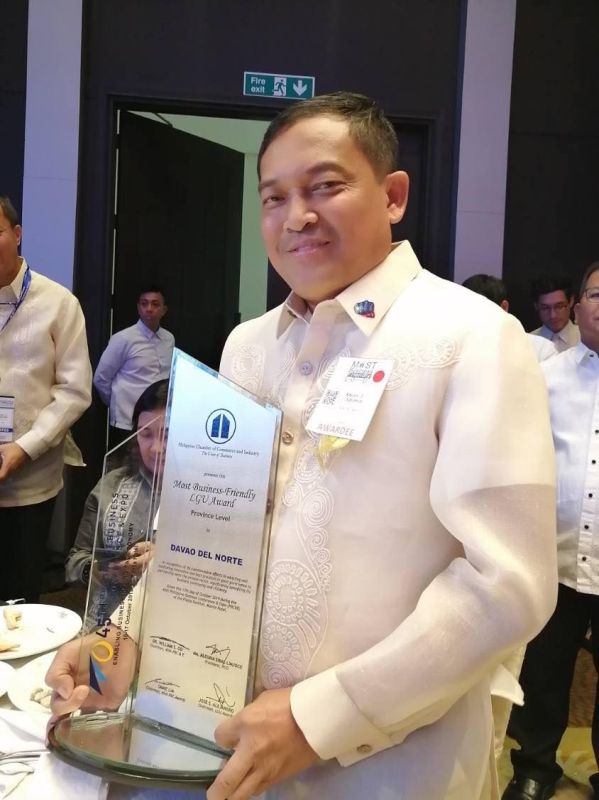 THE Provincial Government of Davao del Norte bested other provinces in the country as it won the Most Business Friendly Local Government Unit Award (Provincial Level) for exemplifying commendable initiatives towards good governance reforms that promote trade and investments and significantly contribute to local economic development.

The Philippine Chamber of Commerce and Industry (PCCI) recognized the Province of Davao del Norte, under the leadership of Governor Edwin I Jubahib.

Aside from being the Most Business Friendly LGU, the Department of Interior and Local Government (DILG) has also bestowed the Seal of Good Local Governance (SGLG) to the province.

Davao del Norte is the only province in Davao Region to receive the award. The DILG awarding has yet to be scheduled.

The PCCI award was given to Jubahib by no less that President Rodrigo Duterte during the 45th Philippine Business Conference and Expo at The Manila Hotel on October 17, 2019.

Jubahib said since his assumption to office, he opened the doors of the province to all investors and the province has instituted measures and programs that would entice capitalist to come and our capital, including the tax holidays and other incentives.

“I share my first national award to the people of Davao del Norte, it shows our dedication and sincere effort to uplift the economic condition of out economy,” Jubahib added.

Dialogue among economic stakeholders have been Jubahib’s guide to attain inclusive economic growth and development.