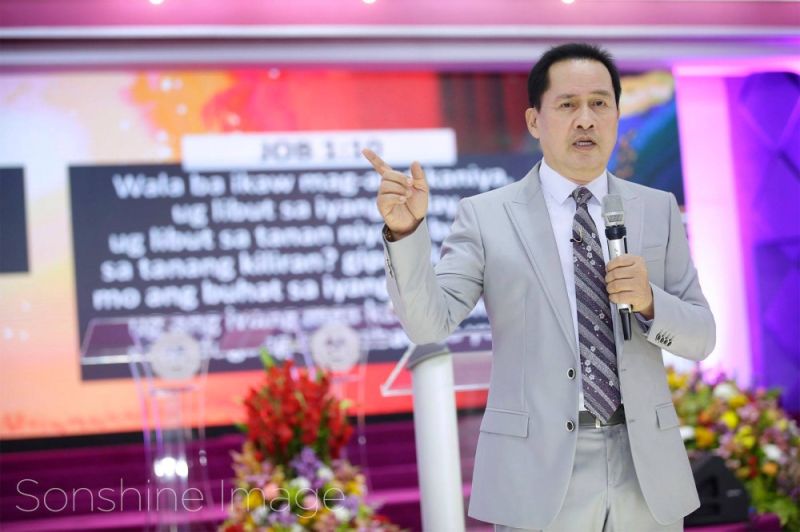 The pastor cited those “Kapa countries” namely General Santos City; and Digos City, Magsaysay, and Matanao in Davao del Sur, which experienced damages after the earthquake hit on Wednesday, October 16.

“Kasi alam ng ama sa langit kung ano ang nangyayari dito sa lupa. ‘Wag ninyong galitin ang anak ha. Magpaka... makinig kayo. Tingnan ninyo pag may kalamidad na ganyan, marunong pala kayong tumawag sa kanya (The father above knows everything that is happening here in this world. So, do not mess with the son. Pay attention. You only recognize the father in times of calamity like this),” he added.

Although he did not specify who he is referring to as “anak” or son, but it can be recalled he has previously made claims that he is “The Appointed Son of God”, as well as being “The Owner of the Universe”.

This made him an “online celebrity” due to various memes tagged to him.

The pastor, in a previous interview, said he is “fine” with the memes about him, saying “he just laughed it off”.

However, Quiboloy’s latest remarks were criticized by many netizens.

One Facebook user, who opted to be quoted anonymously, said the pastor’s statement was “very insensitive” especially to the victims of the earthquake.

“Earthquake is no laughing matter. It is a life and death situation,” a netizen commented on a video, which was later deleted.

SunStar Davao tried to reach out to the pastor’s camp, however, a representative said he has not yet issued a statement after his remark.

As of October 17, five deaths were already recorded after the quake affected some parts of Mindanao, including Davao City.

Meanwhile, Kapa, a religious group headed by Pastor Joel Apolinario, was issued a cease and desist order from the Securities and Exchange Commission (SEC) for soliciting investments, dubbed by the organization as “donations”, from the public without the necessary license.

In June this year, President Rodrigo Duterte guested in Quiboloy’s television show “Give Us This Day”.

During the interview, Quiboloy asked Duterte about his stand on Kapa, wherein the President said “It is a continuing crime. So arrest them and investigate it.”

Quiboloy has since then received criticisms and threats from Kapa members who were affected of the President’s mandate.

However, the pastor denied claims that he is “anti-poor”, even criticizing Apolinario for using the word of God as a front in their alleged illegal activities.