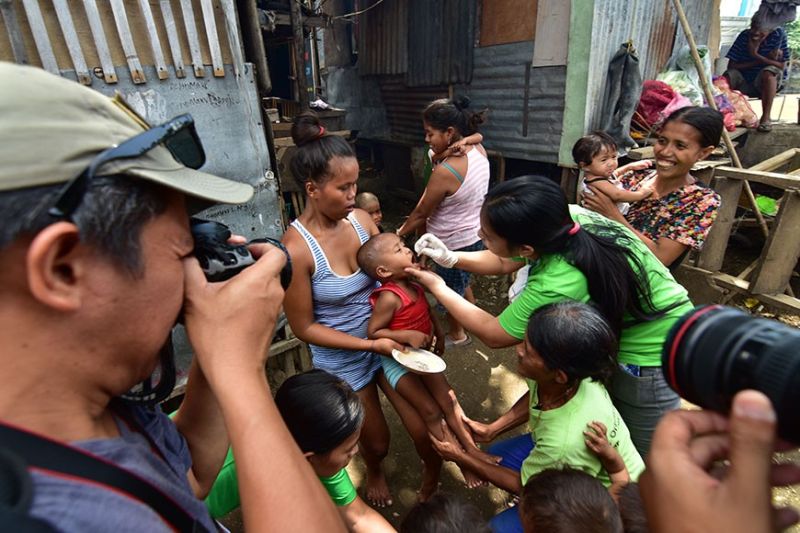 “It’s still partial because there are other districts who have not yet submitted their reports,” Acosta told SunStar Davao on Friday, October 18.

Acosta said these children were vaccinated with an oral polio vaccine type 2 (OPV2), which will only be distributed only for the period of the vaccination campaign. She said the vaccine was delivered straight from the World Health Organization (WHO), which recommended for the mass immunization in the country in coordination with the Department of Health (DOH). OPV2 was already phased out in 2015.

“For the Sabayang Patak Kontra Polio, we are using the Monovalent Type 2 vaccine. It is not the routine that we are using in the health center. This is a special vaccine and only given for the campaign period, then after that, we will be back to our usual oral polio vaccine that we have been using since 2016,” she said.

Acosta admitted that there are still parents who refuse to have their children vaccinated due to the stigma the Dengvaxia vaccine scare had brought.

However, she reminded them to “think twice” before refusing the vaccination.

“To those parents who have not yet brought their children to the center or hindi pa nakarating ang aming mga team sa kanilang bahay, pwede naman sila magpunta sa mga health centers para maka avail (if our team has not reached their house yet, they can go directly to the health centers to avail),” she said.

The health official, meanwhile, clarified there is still no case of polio in the city.

But she said CHO is still continuously conducting surveillance within the 10-kilometer radius near Davao River, where the sample of the virus was traced.

“We are looking and doing surveillance for those children below 15 years old who manifest that kind of symptoms so when the community reported na meron kaming silingan na merong (that they have a neighbor who has) acute flaccid paralysis then we have to investigate to check if this is really polio,” she said.

Meanwhile, the first batch of the mass vaccination will end on October 27. The second batch will be on November 25 to December 7 while the final batch will be on January 6 to 18 next year. (Rolando Lameda and Jamrell Buynay, Addu interns/With report from Ralph Lawrence G. Llemit)