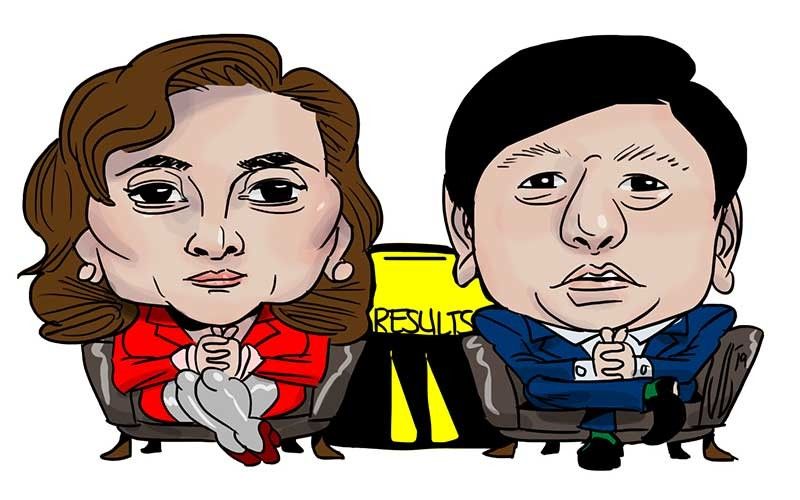 IF WE read only the posts from the more partisan corners of Facebook or Twitter, we might be misled into believing that either Vice President Leni Robredo or the man she defeated, Ferdinand Marcos Jr., had won.

No such thing happened.

The main thing the Supreme Court, sitting as the Presidential Electoral Tribunal (PET), did last week was to ask both the Robredo and Marcos camps to respond within 20 days to the initial recount results and to several issues.

To make a long and complicated story short, one of the things Marcos had asked for was a manual recount of the ballots in 36,465 clustered precincts in 27 provinces and cities. He chose three provinces where an initial recount would take place, in keeping with Rule 65 of the 2010 PET rules. Marcos chose Camarines Sur, Iloilo and Negros Oriental.

These would serve as the test cases, the provinces “that best exemplify the frauds or irregularities raised in his protest.”

If, after the recount, Marcos failed to prove there was “massive fraud, anomalies and irregularities,” the PET would have enough basis to dismiss the protest. Long before the PET released the initial recount and revision’s results last week, Marcos and his lawyers had promised they would rely on the results and “no longer present any testimonial evidence.”

The PET recounted the ballots in all but three of the 5,418 clustered precincts in the three provinces Marcos had chosen. It had to leave out the three precincts because the ballots there were wet and unreadable, and the ballot images (from the vote counting machines) could no longer be retrieved.

“After the revision and appreciation, the lead of protestee Robredo increased from 263,473 to 278,566,” the PET resolution last Oct. 15 pointed out. Or as Associate Justice Antonio Carpio observed in his dissenting opinion, there was “a net increase of votes by 15,093 in favor of the protestee.”

Both Associate Justices Carpio and Benjamin Caguioa are of the view that the results provide enough basis for the PET to dismiss the Marcos camp’s protest. The results from the three provinces the late dictator’s son had chosen point to “a clear and unmistakable lack of basis.”

Rule 65 was designed to give the tribunal an efficient yet fair way of weeding out protests that have no basis. It’s a pass/fail test that gives election losers the best chance possible of proving their case: that’s why they’re supposed to choose the three provinces “best exemplifying” the ways they believe they have been cheated.

It’s pretty clear Marcos has failed to make his case. “From the results,” as Justice Caguioa put it, “what else is there to say and comment on?”

I have done my best in reading both the entire PET resolution and the dissenting opinions, but I am not a lawyer, and there are nuances I may have missed. I certainly don’t want to be counted among those the PET has rebuked in its resolution, who “would rather latch on to their favorite conspiratorial theories rather than critically examine the facts and the law involved in this case.”

So, for the time being, I will be a patient citizen and wait for both Vice President Robredo and former senator Marcos’ comments. Considering how long this case has stretched, what’s another 20 days? Perhaps the 11 justices who voted to ask for both parties’ comments just want to err on the side of caution.

Besides, there’s a nail-biter of a question the PET has asked.

When Marcos first filed his protest, one of his causes of action was his claim that terrorism, violence and intimidation had kept any election from taking place in 2,756 clustered precincts in Basilan, Lanao del Sur and Maguindanao. He asked that the votes in these provinces be invalidated.

What would it mean, the PET asked, if it is convinced that there is basis for ruling in favor of Marcos in this particular cause of action?

“Will this mean that the elections for all the elective positions in the ballot be nullified, with all its attendant legal consequences?”