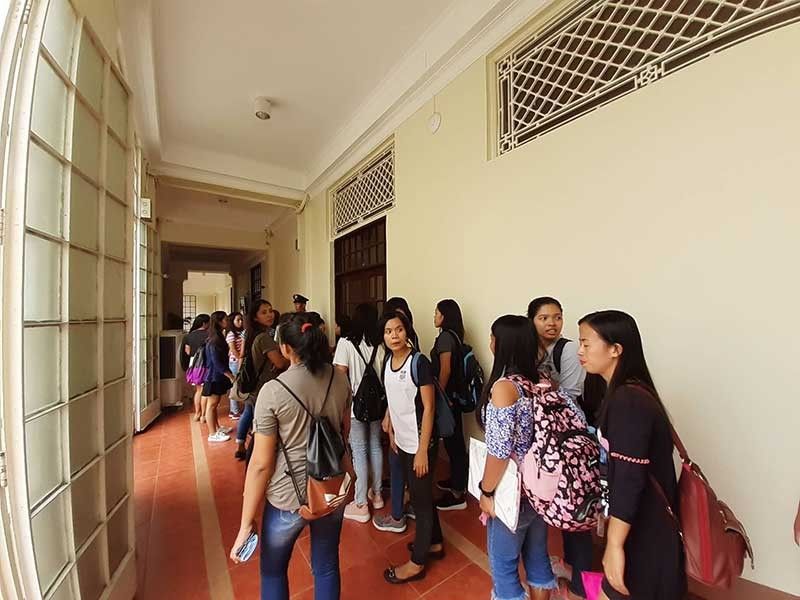 NO MORE ‘PAGLAUM’ FOR SCHOLARS. More than 1,000 Paglaum scholars will no longer receive tuition assistance and a monthly cash allowance after Gov. Gwendolyn Garcia announced that the Capitol would shoulder the tuition of only 200 scholars who are already in their last semester of college or have already graduated. (SunStar Photo/Arvie N. Veloso)

SCHOLARS of the Paglaum Scholarship Program of the Cebu Provincial Government will no longer be entitled to tuition assistance and the P1,500 monthly cash allowance.

This after Gov. Gwendolyn Garcia, in a press conference on Oct. 18, 2019, said she will shoulder the tuition of only 200 Paglaum scholars who are already in their last semester of college or have already graduated from their respective degrees.

Garcia said she met with representatives of universities and colleges where the scholars were currently studying.

She requested the universities and colleges to provide the Province with a billing statement to determine how they need to pay for the 200 Paglaum scholars.

“Would we continue the P1,500 monthly stipend? Our decision is no because it’s unfair,” Garcia said in Cebuano.

Under the Paglaum Scholarship program, beneficiaries can avail themselves of the scholarship if they can comply with certain conditions such as being from the marginalized sector, whose parents are persons with disabilities (PWDs), are victims of abuse, and must maintain a 75 percent passing grade, among others.

The Paglaum program, which began in 2016 under the administration of Gov. Hilario Davide III, was instituted by the office of then vice governor Agnes Magpale.

According to the Vice Governor’s Office, there are 1,800 Paglaum scholars, 200 of which are graduating or have graduated.

Payment for the scholars’ tuition for the first semester this school year was not realized after Magpale, who ran for governor, was defeated by Garcia during the May 2019 elections.

Garcia said they are only wasting government funds if the scholars can reach only a 75 percent passing grade.

“But remember we are spending government funds here, and this is such a blow to our quest for excellence. This is not what Cebuanos deserve. If we will make them scholars, let them be deserving of the name scholar. Let’s help the poor and marginalized, according to this, but deserving. They should have good academic performance,” Garcia said.

Garcia, however, said the Province is still open to accepting them if they apply for the Cebu Province Grants Intended for Tertiary Students (CP-Gifts) scholarship program.

But Garcia said she will accept only incoming first year college students.

Last Monday, Oct. 14, the Cebu Provincial Board approved on second reading the proposed ordinance for the implementation of CP-Gifts.

Garcia earlier said if the CP-Gifts ordinance is passed, scholars should maintain a general average of at least 85 percent. (from ANV of Superbalita Cebu/JKV)