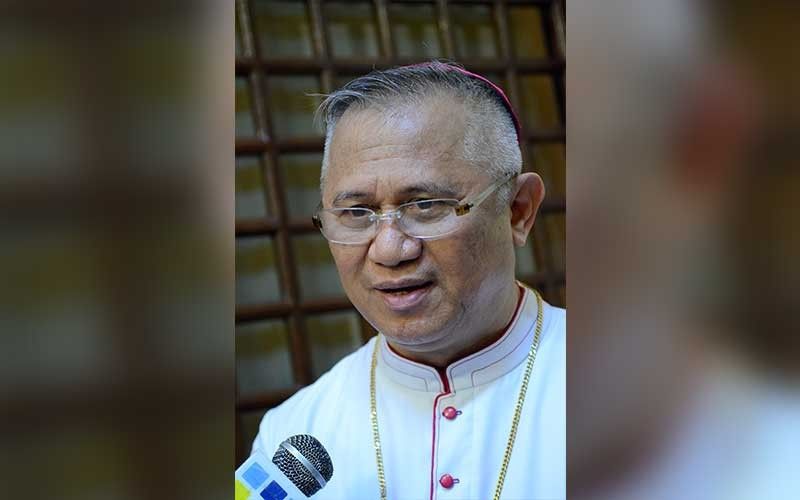 CEBU Archbishop Jose Palma is against the cutting of trees but understands the need to do so if necessary development calls for it.

“The way I see it, the matter of trees should be dealt with on a case-to-case basis. We are aware of the issue, especially regarding roadside trees,” he said.

This was his response after “running priest” Roberto Reyes, while in Cebu last Thursday, Oct. 17, 2019, called on him to take concrete actions to stop the “extrajudicial killings” of trees.

“The church is quiet. I request the archbishop of Cebu, Archbishop Jose Palma, to condemn the killing of trees. Condemn it. It’s against the morals. It’s against God; it’s against nature,” Reyes said on Thursday.

“A real condemnation of anything that violates the law of God to preserve nature has to be done by the church. If Archbishop Palma will march and tell people to march, then people will march. Priests for trees,” he added.

While he admires Reyes’s advocacy of protecting the environment and its resources, Palma said he could not absolutely agree with Reyes.

“I am aware of circumstances. For me, it would depend on the situation. I’d like to make a parallel that even in our place in Iloilo, in the course of the expansion of the road, many trees were cut. Do I feel sad? No. My encouragement is plant more trees,” he said.

Noting the construction of the International Eucharistic Congress (IEC) Pavilion in Barangay Mabolo, Cebu City, from 2014 to 2015, to host the 51st IEC held in Cebu City in 2016, Palma said they made it their archdiocesan commission to replace those affected trees.

“What I mean is we should not just cut and cut without replacing it. But, here in Cebu, maybe I am bold to say that even with the construction of the IEC, we make it our archdiocesan commission by mandating our parishes to create projects on planting of trees,” he said in a mixture of English and Cebuano.

Thirty-two species of century-old trees were scheduled to be trimmed and cut in Barangays Langtad, Inoburan and Tinaan in the City of Naga, Cebu, to pave the way for the government initiated road widening and clearing.

However, to give way for an ocular suspension and reassessment of the state of the affected trees, the cutting was suspended effective Tuesday, Oct. 15.

From Oct. 2 to 4, six of these trees have been trimmed by personnel of the Department of Public Works and Highways, said engineer Alpha Allojado, Naga City Engineering Office head.