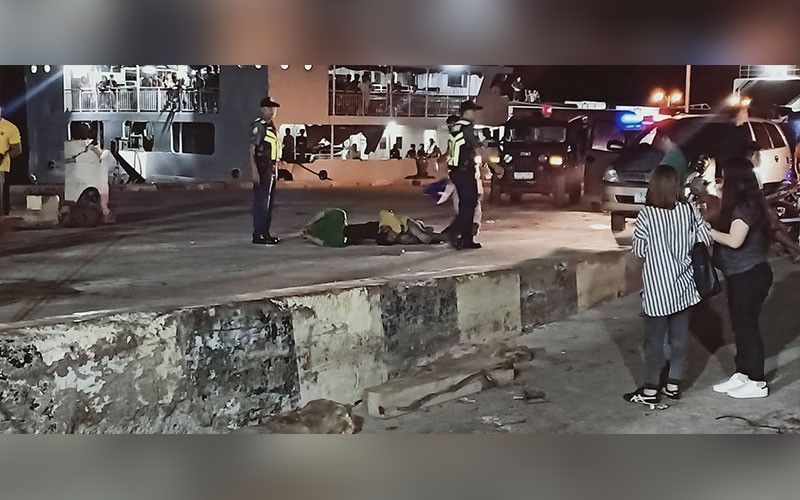 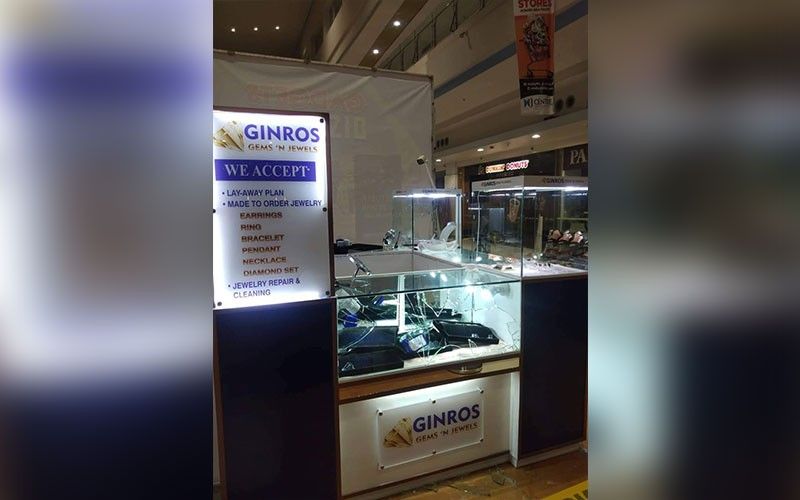 One of the four shops in the mall robbed by 15 men. (Mandaue City Police Office) 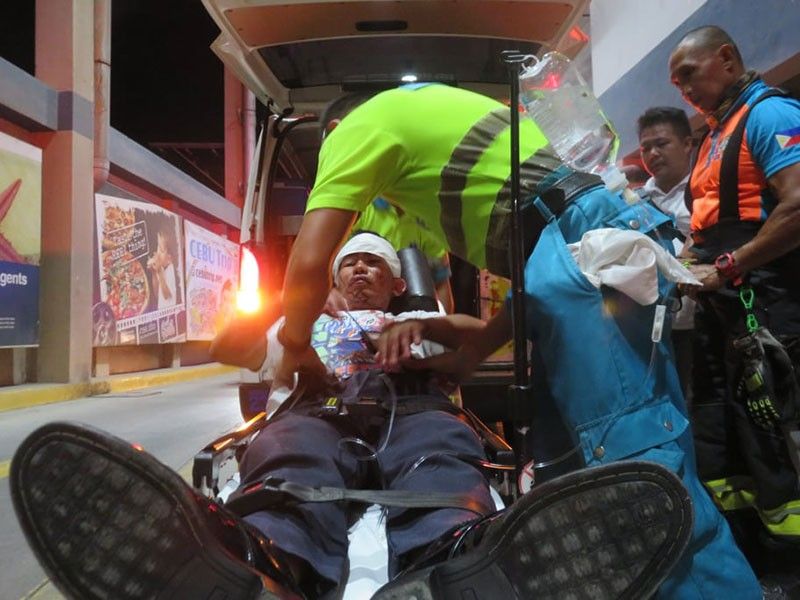 SHOT. Joseph Zanoria, security guard of a pawnshop robbed inside J Centre Mall in Mandaue City, Cebu is bloodied after he was shot in the head by one of the robbers on Saturday, Oct. 19, 2019. (SunStar Photo/Allan Cuizon)

AROUND 15 men armed with long firearms and hammers barged inside a mall in Barangay Bakilid, Mandaue City Saturday, Oct. 19, 2019 and robbed two jewelry stores, a money changer and a pawnshop.

But barely four hours after the heist, four of the suspects were arrested. Police refused to divulge where the suspects had been arrested.

Major Mercy Villaro, spokesman of the Mandaue City Police Office, is on her way to Bogo City.

A netizen reported to SunStar that armed men were arrested onboard a vessel bound for Masbate from the Polambato Wharf in Bogo, Cebu.

Manduae City Mayor Jonas Cortes, who immediately went to the crime scene, said the robbery happened fast and the guards detailed inside the J Centre Mall have no firearms.

Only the guards detailed at the entrance have firearms.

According to initial reports, the armed men entered through the back entrance and disarmed the guard on duty past 7 p.m. They immediately proceeded to the two jewelry stores.

They hammered the glass of the first jewelry store and took all the jewelry and cash.

At the second jewelry store, the robbers had to shoot the glass since it was too thick for the hammers to break.

The armed men whose faces were covered with bonnets and cloth also robbed the nearby money changer and pawnshop.

Security guard Joseph Zanoria, who responded to the robbery, was shot in the head. He was immediately rushed to a nearby hospital.

The armed men fled using the same entrance where motorcycles were waiting for them.

It was not clear as of press time the total value of the jewelry and cash the armed men carted away.

Mayor Cortes said he will meet with all stakeholders and security managers in other malls to beef up security and prevent a similar incident from happening.

None of the mallgoers was reported injured, as they were immediately evacuated outside the mall.