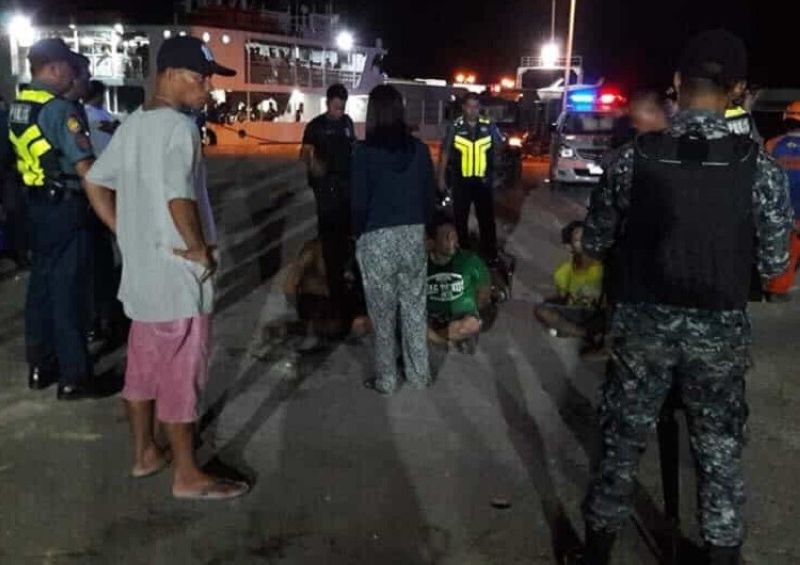 CEBU. Three of the suspects involved in the robbery inside a mall in Mandaue City were killed after allegedly resisting arrest in Barangay Polambato, Bogo City on Saturday, October 19, 2019. (Contributed photo)

CEBU (Updated) -- Four of the suspects involved in the robbery inside a mall in Mandaue City were killed after allegedly resisting arrest in Barangay Polambato, Bogo City on Saturday, October 19, 2019.

The Regional Special Operation Task Group Central Visayas called on all provincial and city police stations to be on the lookout for the suspects. They also described the suspects and the vehicles they were on.

Potot felt suspicious of those onboard the vehicle, which prompted him and his personnel to stop their car and arrested the suspects.

Recovered from the suspects were a .38 revolver, cellular phones, cash, car tools, various clothing and vehicles.

Police Lieutenant Colonel Emily Santos, chief of the Bogo City Police Station, said they did not recover the jewelery that the suspects had stolen because they were reportedly in the hands of other suspects on board a different vehicle.

"We currently don't know where the jewelry are because they stashed them inside a bag, and there was a bag that was taken away from them. It was taken into a separate vehicle which we still could not trace. We have disseminated to other police stations the color of the vehicle," Santos said in Cebuano.

An estimated P116 million worth of jewelry and cash was reportedly robbed from the mall.

The suspects reportedly rented a room in a lodging house in front of the mall and were finding the right timing before the robbery transpired.

The police are currently coordinating with police from Mindanao to help identify the criminal group(s) of the suspects. (AYB of Superbalita; JGS)