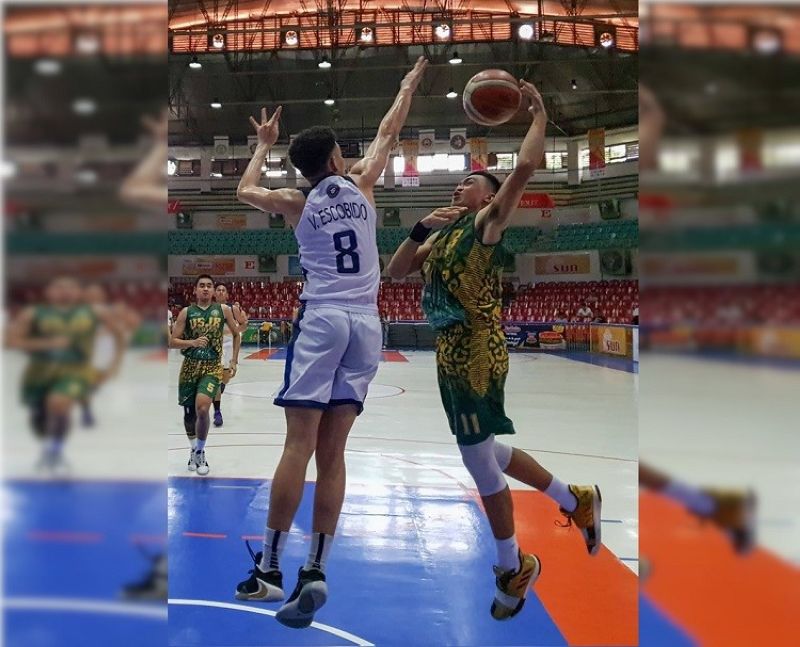 USJ-R’s Dilcer Gaviola goes hard to the rack against the defense of Don Bosco’s Vincent Escobido. (Photo by Arni Aclao)

THE University of San Jose-Recoletos Baby Jaguars continued their climb up the standings as they won their third game in a row with a 79-64 beatdown of the Don Bosco Greywolves in the 2019 Cebu Schools Athletic Foundation Inc. (Cesafi) high school basketball tournament at the Cebu Coliseum on Sunday, October 20, 2019.

Don Bosco’s struggles continue as they dropped to an even 4-4. Jayson Almero had 16 points while Dean Barera added 13 for the Greywolves. (SunStar Cebu)