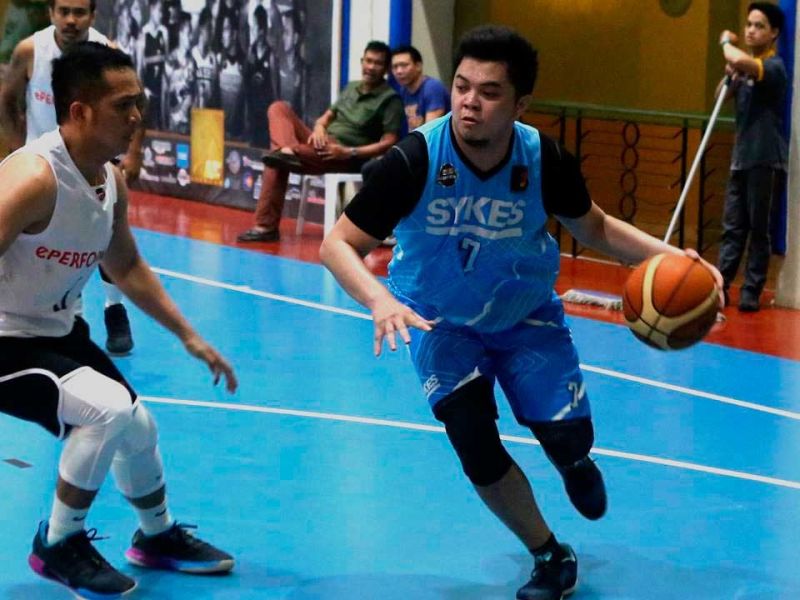 SYKES’ superstar Janjan Auditor did not take long to break his own record for most points scored in a single game as he scored an incredible 55 points in the Pioneers’ 91-61 demolishing of the WiPro Tigers in the Elite Classic division of the CSCC E-Leagues for Basketball at the City Sports Club-Cebu basketball court on Oct. 19, 2019.

It was only last weekend when Auditor tallied 52 markers to set the record. But with the former standout of the University of Cebu and Southwestern University sizzling yet again, the reigning champs were able to register their 10th win in 12 games and solidify their grip of second place.

The Accenture Sharks continue to stand at the top of the standings after they improved their record to 10-1 (win-loss) with an 81-64 rout of the QBE Generals. Clarence Torre produced 20 points, Ryan Veloso added 12 markers, eight rebounds and four assists while Aldene Batino had 11 points and 13 boards to lead the way for Accenture.

Meanwhile, the Teleperformance Vipers stayed in third place after they beat the Concentrix Converters, 81-73. Nicholai Vendiola scored 23 points, while King Sambrano and Kenz Hernandez put up 18 markers apiece. More importantly, the win allowed the Vipers to bolster their record to 8-5.

The Dreamscape Lions also remained in the hunt for one of the top spots with an 88-66 rout of the ePerformax Reds. Ralph “The Lion King” Belarmino proved to be an unstoppable force as he piled up 32 points, 13 rebounds, three assists and two steals while his runningmate, Matt Oche, was just as lethal, tallying 11 points, 17 rebounds and seven assists.