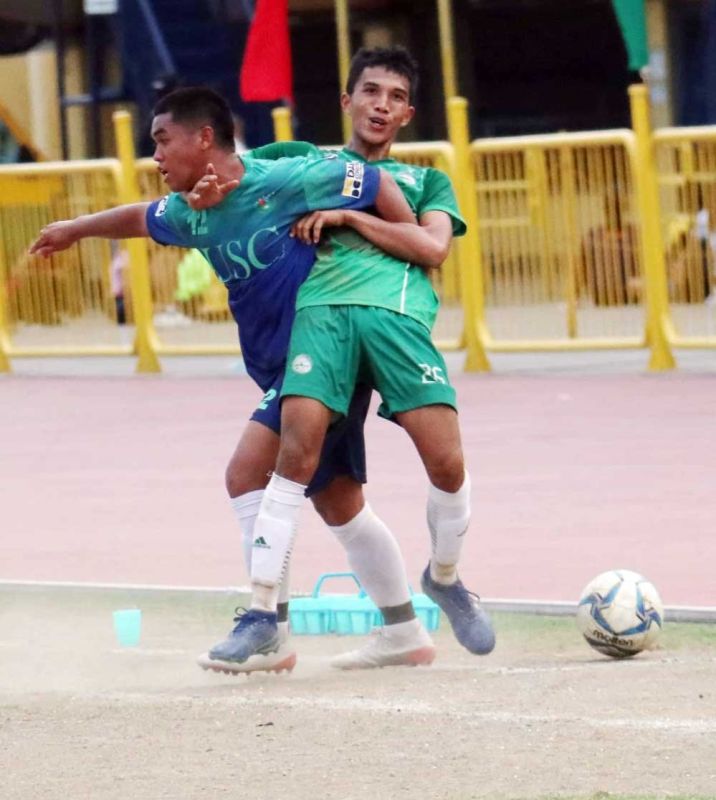 THREE-TIME defending champion University of San Carlos boosted its chance of returning to the final after blanking the University of the Visayas, 2-0, in the Cebu Schools Athletic Foundation Inc. football event at the Cebu City Sports Center.

A goal in each half ended USC’s two-game losing streak and upped its season tally to 13 points with a game at hand against the University of San Jose-Recoletos.

UV, last year’s defending champion, is out of the running after geting stuck at six points despite still having a game at hand against the University of Southern Philippines Foundation (USPF).

The University of Cebu, which was playing USPF at press time, is second at 10 points, while both USPF and USJ-R have nine points with the Panthers ahead by two goals.

DBTC leads the standings at 16 points with USJ-R at second at 15. Ateneo is third at nine points and needs to win its last two games against Boystown and USJ-R to get to 15 points. It also has to hope that USJ-R lose its game against Don Bosco and fail to earn at least one point in its last two matches. (ML)