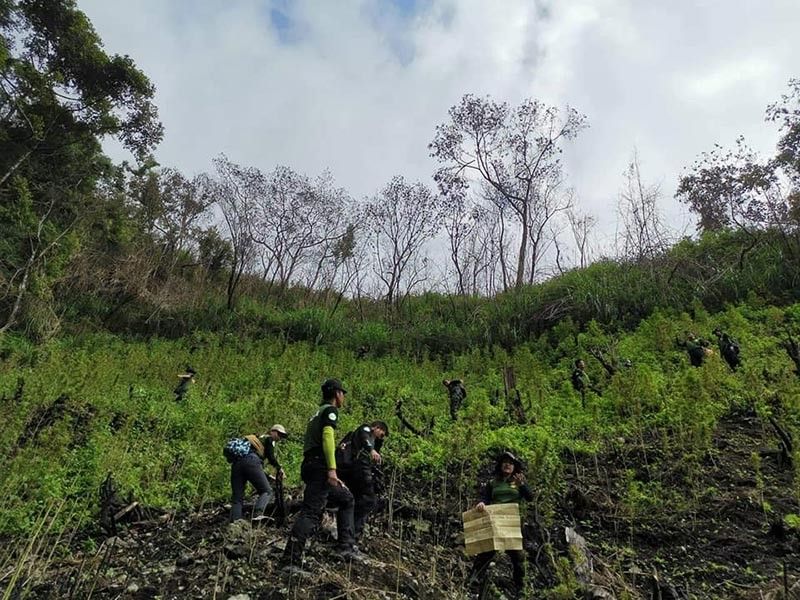 CLOSE to P18 million worth of marijuana and P340,000 worth of shabu were confiscated in separate operations by anti-narcotics agents in the Cordillera region.

The suspects were identified as Charlie Mutuc of Baguio City, and Michael Evangelista and Dronie Masdo of Taguig City.

Authorities said they have been monitoring the three for their illegal activities.

On the same day, a suspected drug courier was arrested in Ifugao after trying to transport seven bricks of dried marijuana leaves worth P875,000 during a checkpoint along Poblacion West.

The suspect was identified as Marvie Allen De Guzman.

According to police, De Guzman boarded a bus from Bontoc, Mountain Province via Banaue, Ifugao bound to Cubao when he was intercepted by operatives in possession of the contraband that led to his arrest.

Aside from the 22,700 pieces of fully grown marijuana plants, some 105,000 grams of dried marijuana stalks were also found and destroyed on-site.