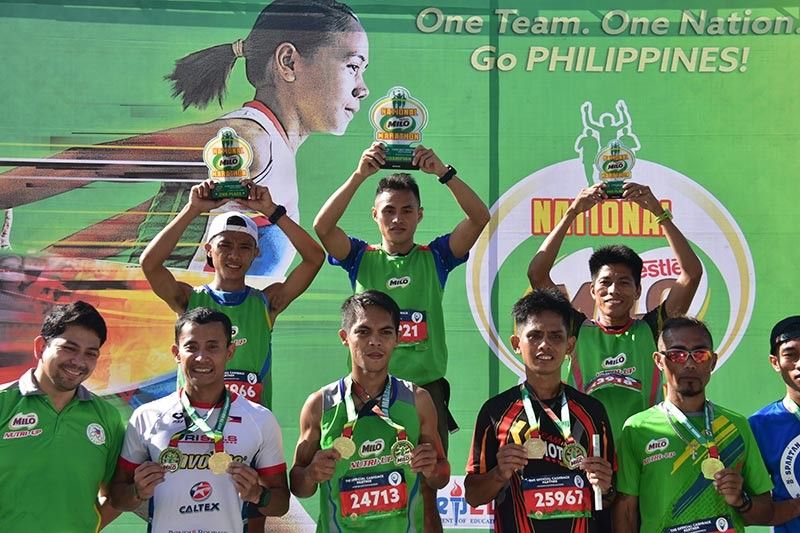 "Nalipay ko kay ikaduhang 21K title na nako ni sa Milo (I'm happy because this is my second 21K Milo title)," he said in an interview with Sun.Star Davao. He won his first 21K title in a General Santos City leg before.

Memoracion defended the women's 10K crown after checking in at 45:08. She raced past Catherine Arias (50:54) who placed second and Angelic Villanueva (52:50) who came third.

Thus, reaching the finish line first gave her a sense of comfort.

Over 9,000 runners joined the Davao edition of the annual footrace that was revived this year.