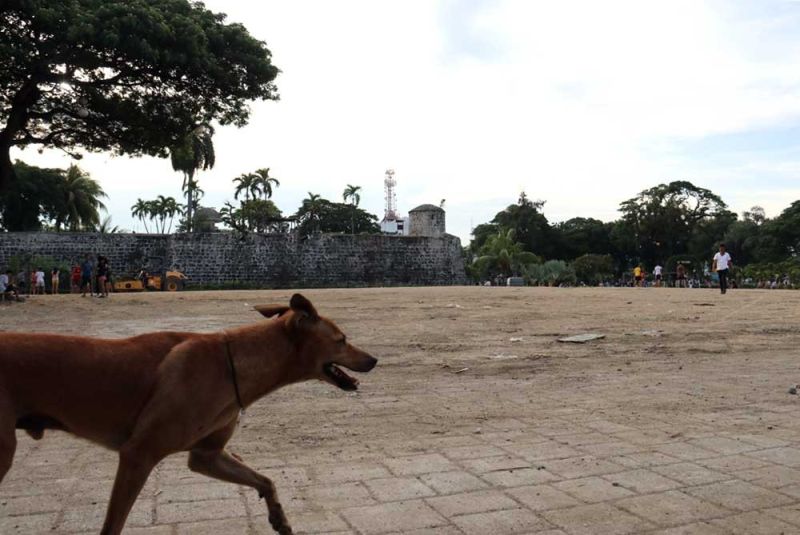 IDLE LAND. The proposed site of the Cebu City Skate Park at the back of Fort San Pedro in Cebu City remains untouched 10 months after city officials broke ground for the project. (SUNSTAR FOTO / AMPER CAMPAÑA)

WHAT happened to the Cebu City Skate Park project?

It has been almost a year since the groundbreaking of the Cebu City Skate Park project, but up to now, there is still no development in the area.

The National Skateboarders Association recently asked the Cebu City Council for updates on the project, prompting the City Legal Office to check what is delaying the construction of the skate park promised by the previous administration.

City Attorney Rey Gealon requested the city treasurer for a certification of the receipt or non-receipt by the City of the P5 million donation of Maria Victoria “Minnie” Osmeña, sister of former Cebu City mayor Tomas Osmeña.

Gealon said there is no record showing that there was a donation of P5 million to the City for the project.

The City had entered into a memorandum of agreement (MOA) with Minnie for the construction of the skate park. The plan was for her to turn over the facility to the City once it is completed.

In their letter to the City Council, members of the association proposed to the City to convert the Barangay Suba Gymnasium into an indoor skate park, which would cost less than the original plan to construct a skate park.

Another option they proposed is to have the proposed site of the skate park beside Fort San Pedro cemented.

“Should the current administration find it extravagant, we can at least have the area cemented for now. Obstacles can be added one by one so we can have an area to practice our skills and not be apprehended on the streets by the police or personnel from the City Government,” they said in their letter.

They are also barred from using the vacant lot beside Plaza Independencia, and their obstacles were confiscated by some personnel of the Prevention, Restoration, Order, Beautification, and Enhancement (Probe) team, they said.

In a text message to SunStar Cebu, the former mayor said the current administration should shoulder all expenses for the skate park that will be on top of the P5 million that his sister will cover. Otherwise, he said, “Cebu City will have an unfinished skateboard park.”

Minnie promised P5 million for the park, but he said those behind the planning of the facility insisted on a P12 million budget. The P7 million should be taken care of by the City, Tomas said.

He also said it is up to Minnie if she will agree and consider the proposal of the skateboarders’ association.

“If they want to build it somewhere else, that’s up to her to agree,” Tomas told SunStar Cebu.

Gealon said the City is always ready to allocate funds for the construction of the facility, provided that the amount will be turned over to the City as soon as possible.

“We hope that the P5 million will not remain a promise forever,” said Gealon.