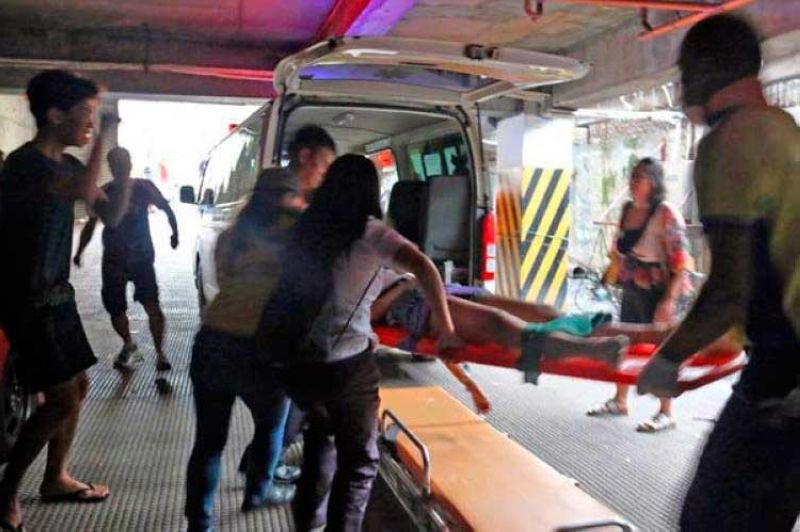 MENTAL HEALTH. Using education, stakeholders can focus on measures to promote mental wellness, as well as follow up on the prioritizing of public resources, such as Cebu City Mayor Edgardo Labella’s plan to include a mental health facility in the Cebu City Medical Center when it becomes operational next year. (File Foto)

WHEN a young Cebuano jumped off a bridge in Cebu last August, his death was covered extensively on the mainstream media and the social media.

From the standpoint of mental wellness, whose advocates put foremost the prevention of suicide, the consequent coverage reifies the need for journalists and netizens to be sensitive in discussing suicide and avoiding the sensationalized coverage that, based on evidence, leads to acts of imitation that end in attempted or completed suicide.

Last Oct. 10, which was World Mental Health Day 2019, the World Health Organization (WHO) greenlighted the message that stakeholders must work together to prevent the life lost to suicide every 40 seconds.

The August 2019 suicide was not the first nor the last to take place at the bridge. Due to the frequency of cases of attempted and completed suicide occurring at Cebu’s bridges, the media created the moniker “suicide bridges.”

Such tagging should be avoided as it creates a notoriety that attracts those who are contemplating self-harm. According to a material uploaded online by the WHO on its official website (who.int), communicators must avoid language that “sensationalizes or normalizes” suicide.

Based on the systematic analysis of 50 studies of imitative suicides, the WHO points out that the media’s repeated coverage and “high impact” stories, particularly involving celebrities and local personalities, “can lead to imitative suicidal behaviours.”

Details that should not be included or emphasized in the report include portraying the suicide as a solution of a problem; describing how the person committed suicide; and releasing directions to where the suicide took place. Photos and footage documenting the attempted and completed suicide should not be publicized.

According to the WHO, imitative suicides are affected by time, “peaking within the first three days (after the coverage) and levelling off by about two weeks, but sometimes lasting longer.”

Among those who are vulnerable to media reporting about suicide and imitative suicidal behaviors are “young people (and) people suffering from depression.”

While the WHO guidelines are aimed at journalists, citizens must also observe sensitivity and social responsibility in discussing suicide since digital technology makes everyone a communicator and an influencer, with the power to do good and minimize harm.

The WHO acknowledges the crucial role of communication to enlighten and educate the public about mental wellness, particularly suicide. Preventing suicide and the lifelong burden of fault-finding and -blaming that families endure after a suicide should engage every communicator in clarifying the misconceptions about suicide and reducing the stigma associated with it.

To be corrected is the simplistic narrative that blames suicide on a lovers’ quarrel or failure in school or at work. According to mental health experts consulted by the WHO, “The factors that lead an individual to suicide are usually multiple and complex, and should not be reported in a simplistic way.”

While mental illness and disorders caused by depression and substance abuse affect a person’s ability to handle problems, there is an interplay of personal, cultural and social factors that lead a person to consider or attempt suicide. Reporting a suicide as caused by a single factor or a particular person has a devastating effect on families and relations who are often left “searching for causes, wondering whether there had been signs they may have missed, mourning their loss, and feeling guilty, angry, stigmatized or abandoned.”

The WHO urges stakeholders to focus instead on sharing information that can help the vulnerable turn to family, friends, peers, communities and health professionals to avert the decision to end one’s life. Social pressure can motivate public authorities to take measures to prevent suicide, such as the posting of cops to patrol the bridges in Cebu.