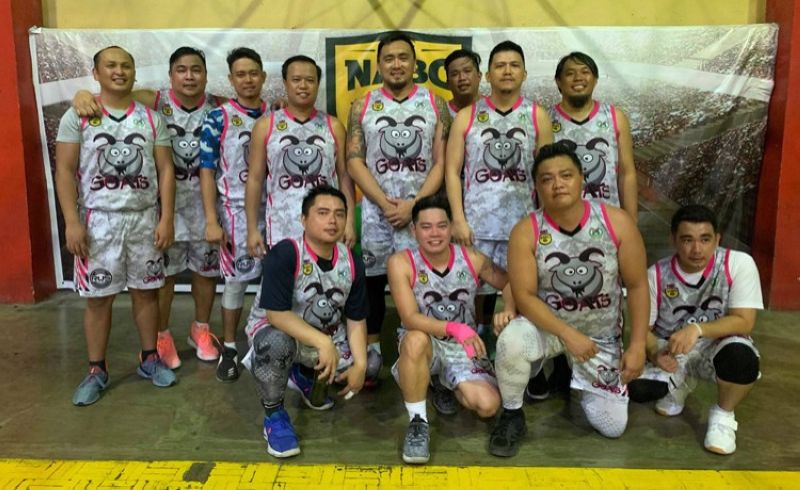 The 2002 Goats moved on to the semifinal round of the University of San Carlos (USC) North Alumni Basketball Club Cebu City Mayor’s Cup with a win over Batch 2000. (Contributed foto)

JOEL Dinawanao had a fantastic ballgame to tow the 2002 Goats to the semifinals of Division 2 after defeating the 2000 Millennium Bugs, 90-83, in the 2019 University of San Carlos North Alumni Basketball Club (NABC) Cebu City Mayor’s Cup at the USC North Campus gym on Sunday, October 20, 2019.

Dinawanao was on fire all game long as he finished with an impressive double-double of 35 points and 13 rebounds to go with three assists.

Also moving on to the semis was the 2005 Chameleons which nipped the 2004 Rebels, 76-75, thanks to Marck Campomanes’ 16 points, nine rebounds and four assists.

Then, in Division 3, the 2008 Flyboys eked by the 2009 Legacy, as former USC Warriors guard Miko Santos had a fantastic outing, producing 23 points, two boards, seven assists and three steals. The 2015 Samurais also advanced to the semis after trumping the 2010 Pioneers, 89-78.

Edmar Galado was unstoppable in that game as he piled up 30 points, seven boards, two assists and two steals.

The 1990 Titans are also moving on to the next round after beating the 1982 Golden Warriors, 75-65. Hector Lawas flirted with a triple-double in that game, logging in 17 points, 10 rebounds and six assists. (SunStar Cebu)