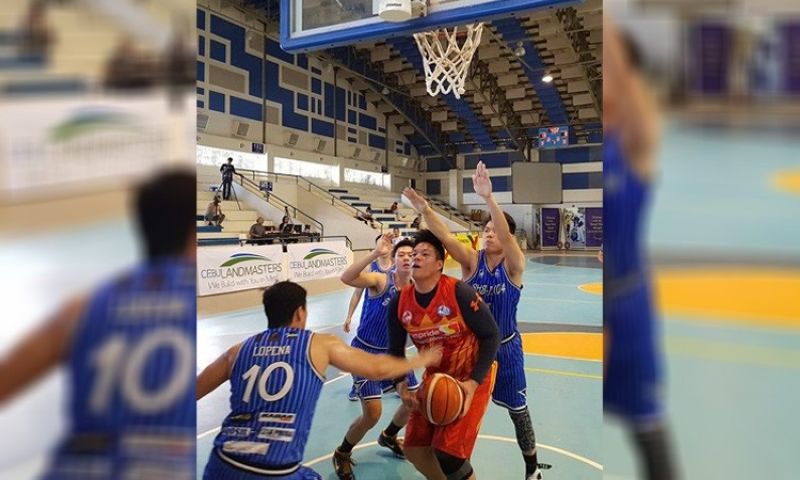 A player from Batch 2008 gets bottled up by the defense of Batch 2004. (Contributed foto)

BATCH 2004 advanced to the finals of Division 2 while 2000-Core Pacific forced a rubbermatch after they destroyed their respective opponents in the semifinals of the 2019 Sacred Heart Ateneo Alumni Athletic Association (SHAABAA) Cebu Landmasters Cup at the Magis Eagles Arena on Sunday, October 20, 2019.

Chris Gothong paced 2004 in scoring with 21 points while Franco Te had a double-double of 20 points and 13 rebounds to go with two assists and three steals.

Ervin Lopena also did a little bit of everything, piling up 13 points, nine rebounds, six assists and two steals.

Over in Division 1, the 1990-Bayfront Hotel and the 1999-AutoLAB will be duking it out for the crown after they crushed their semifinal foes.

Theogene Lim had 29 points for 1990, which distributed the ball efficiently, racking up a whopping 30 assists. Dave Lim had nine points and 17 rebounds while Joel Co added nine points, 10 rebounds and nine assists.

Robert Gilo had 27 points and 10 boards for 1999 while Jeremy Huang added 20 points, five boards and two assists. Kent Ong and Merrick Goho contributed 11 points each for the winning side.

The 2011-Chioson Development Corp. downed the 2013-iPak/Roble Shipping, 73-63, to force a rubbermatch for the last finals ticket in Division 3. Franz Pacheco led the way for 2011 with 17 points, while Bernard Chioson had 14 points, eight rebounds, five assists and six steals. Kiefer Lim also had a solid outing with 12 points, seven rebounds and seven assists. (SunStar Cebu)