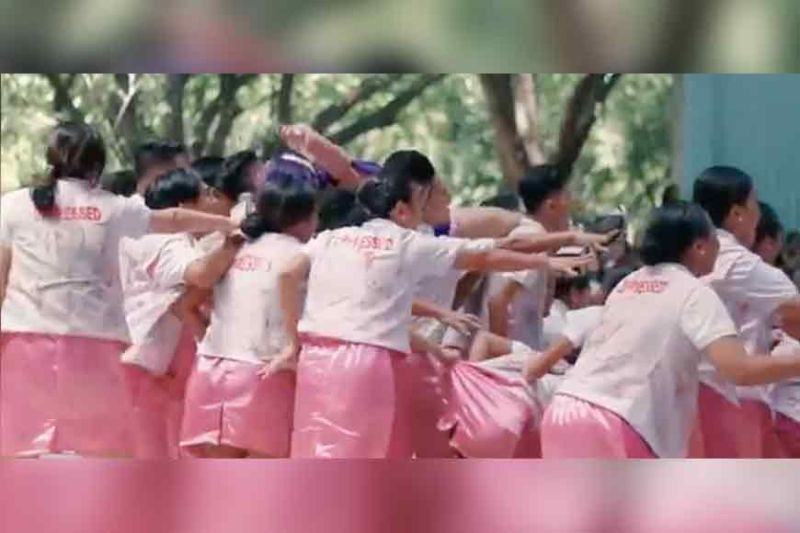 THE University of the Philippines (UP) Visayas has denounced the threats hurled by Duterte supporters against the Skimmers cheering squad, whose routine tackled current social, environmental and political issues.

The university issued a statement late Sunday night, October 20, 2019, two days after a video of the Skimmers’ performance went viral and the students were harassed and threatened online.

The video runs for 17 minutes and 54 seconds, and shows the students as they prepared for the competition, their entire routine, and the moment when they were declared the winner.

In a statement posted late Sunday night, October 20, 2019, on its Facebook account, UP Visayas said the cheering competition that opens the annual sports fest traditionally features cheers and yells on current local and national issues.

These satirical cheers and yells are made “in the spirit of fun, understanding and camaraderie”.

UP Visayas, which is based in Miagao, Ilolio, said it encourages its students to think critically and allows them to exercise their freedom of expression.

“We also assure them of protection while they are inside the campuses. We remind them to exercise prudence in their actions, thus, we denounce all forms of threats and harassment hurled against them,” the university stated.

These tackle “current national and local issues, university policies, and sometimes reproach to fellow academic groups, all in the spirit of fun, understanding and camaraderie”.

The Skimmers routine featured students in pink, each holding a microphone and their tops marked with PRESS.

Simulating a news broadcast, the routine featured “news reports” about the haze from Indonesia and the Amazon forest fires, sexual harassment, inequality in the UP system, 2020 budget cut for UP, lack of facilities at the UP Visayas, red-tagging of UP students, territorial dispute with China in the South China Sea, move to revive the Reserve Officer Training Corps (ROTC) program, Sogie bill, drug war, dengue vaccination program, fake news, rice tariffication and the dismal state of Philippine media.

The routine branded Duterte as a “tuta” (puppet) of China, but the cheer that earned the ire of Duterte’s supporters was: “Let’s kill this president. Charot!”

The UP Scintilla Juris fraternity and UP Stella Juris sorority issued a joint statement on Saturday, October 19, denouncing the harassment of the Skimmers.

“The recent incident of harassment and red-tagging has only actualized and magnified the very fight that Skimmers highlighted the most during the annual Pahampang cheering competition: The silencing of the press, the infringement of freedom of expression, and the suppression of truth,” the groups said.

They said the Skimmers routine merely raised awareness about the pressing issues that plague the nation and demand for action.

They “do not deserve the defamation for speaking the truth and refusing to be silenced. We see these acts against them as oppressive, they will not stand for it and neither will we,” they added.

Towards the end of their routine, the students took off their vests to show their shirts marked with the word “Oppressed”. (MVI/SunStar Philippines)
< Previous PageNext Page >