Palace on cheer, cases vs Duterte: ‘It’s a free country’ 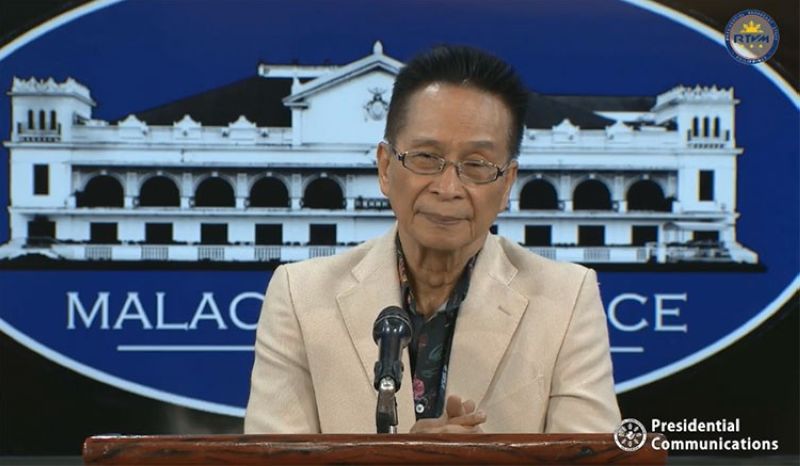 MALACAÑANG shrugged off Monday the anti-administration cheer routine that went viral online and the threat of a lawyers’ group to file cases against President Rodrigo Duterte after his term ends in 2022.

“It’s a free country,” Presidential Spokesperson Salvador Panelo said during his press conference at the Palace on Monday, October 21, 2019.

On the performance of cheering squad Skimmers in the University of the Philippines Visayas in Iloilo, Panelo said the cheers and yells that they chanted were apparently a joke.

Among the team’s yells was: “Let’s kill this president. Charot!”

Simulating a news broadcast, the Skimmers cheer routine featured “news reports” about the haze from Indonesia and the Amazon forest fires, sexual harassment, inequality in the UP system, 2020 budget cut for UP, lack of facilities at the UP Visayas, red-tagging of UP students, territorial dispute with China in the South China Sea, move to revive the Reserve Officer Training Corps (ROTC) program, Sogie bill, drug war, dengue vaccination program, fake news, rice tariffication and the dismal state of Philippine media.

Their satirical cheers branded Duterte as “tuta” (puppet) of China and dubbed the Philippines a province of China.

Just as the cheering squad has freedom of expression, Duterte supporters who harassed and threatened the team online are also allowed to express their anger over this cheer routine, Panelo said.

(It’s natural for them to react. Of course, it would seem that the Skimmers are not joking. Or they appeared to be joking, but were actually criticizing the President.)

Asked if the Palace would tell the Duterte supporters to lay off the UP Visayas students, Panelo said, “It’s a free country, as I said. They can react, too.”

On the statement of the National Union of People’s Lawyers that they will file cases against the President when he steps down in 2022, Panelo said the group is entitled to do so.

“It’s a free country. Everyone is entitled to file a case against whomsoever they think has violated the law. Then let the courts decide the validity of such complaint,” Panelo said.

Asked if Duterte is worried, Panelo said “the only worry that the President has is the suffering of the people”.

NUPL national chairperson Neri Colmenares on Saturday, October 19, said Duterte will face cases such as crimes against humanity for his supposed role in the killings of suspected drug offenders in the country since he waged war on the narcotics trade in July 2016.

Colmenares added that more charges would be lodged before international bodies like the United Nations, once the President’s term ends in 2022.

Duterte has earned criticisms for his brutal crackdown on illegal drugs that has already killed thousands of alleged drug offenders.

Despite opposition by local and even foreign critics, the President has insisted that his drug war will be relentless in his remaining years in office. (MVI/NASE/SunStar Philippines)