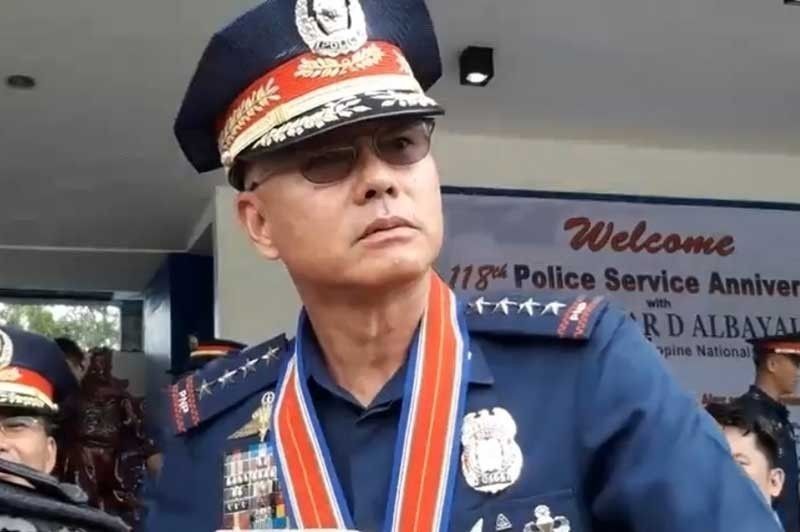 They were charged for violation of Comprehensive Dangerous Drugs Act, bribery, falsification of documents, perjury, and dereliction of duty.

"The PNP, as complainant, aims to avoid undue influence, collusion, and partiality that may be extended against herein police officers as a result of familiarity with the local prosecution office," said the CIDG's amended referral complaint addressed to Prosecutor General Benedicto Malcontento.

The complaint was filed following the conduct of a Senate investigation on the operation in Mexico, Pampanga on November 2013, which was found to be irregular by then CIDG director Benjamin Magalong.

Based on Magalong's investigation, the said operation resulted in the seizure of at least 200 kilograms of illegal drugs and a certain Johnson Lee was arrested.

The 13 policemen who conducted the operation, however, declared only about 36 kilograms of methamphetamine hydochloride (shabu) and presented a certain Ding Wenkun as suspect.

Magalong said they learned that Lee had paid P50 million for his release.

Albayalde was the Pampanga provincial police director when the operation was conducted.

It was revealed in the Senate hearing that Albayalde allegedly intervened to halt the implementation of the dismissal order against the 13 alleged ninja cops, or police officers who recycle illegal drugs seized during operations. They were demoted instead of being dismissed from the service.

In 2014, the CIDG then filed criminal charges against the 13 cops, excluding Albayalde, but the charges were dismissed by the Justice department in 2017.

In a text message to reporters, Albayalde said “at least I will be accorded due process now.”

Albayalde earlier denied a hand in the operation conducted by his men. He also denied that he tried to stop their dismissal.

He challenged those accusing him to provide proof that will directly link him to the said operation.

At Malacañang, Presidential Spokesperson Salvador Panelo said the CIDG has the right to file a case against Albayalde.

“From the very start we said if they feel they have a case against anyone, then they can file it and let the law take its course,” Panelo told Palace reporters.

This comes even after Panelo said Albayalde is innocent, unless results of the Senate investigation proves the embattled police chief’s links to illegal drugs.

The CIDG said Albayalde’s inclusion in the amended complaint was based on the testimonies of witnesses privy to the 2013 drug raid in Pampanga, and the transcript of the Senate’s series of hearings against ninja cops.

While there is no strong evidence to pin Albayalde, circumstances will show that he is “probably liable,” the CIDG said.

The Senate Blue Ribbon and justice committees, which conducted the investigation, recommended the filing of charges against Albayalde.

Amid allegations of some police officers linked to illegal drugs, a major revamp has been implemented in the PNP.

Panelo said President Rodrigo Duterte, as the Commander-in-Chief, had approved the reorganization in the police force as he considers it as a “good” move.

“Hindi niya ginusto kung hindi (He didn’t want that, but) he agreed with the revamp, that's good for the PNP,” the Palace official said.

“Any revamp will always be good for an oganization after a while because mahirap yung nagkakaroon ka na ng ugat sa mga posisyon ninyo (if you’ve been stuck with your position for a long time). Tama lang ‘yun, (That’s necessary),” he added. (With NASE/SunStar Philippines)