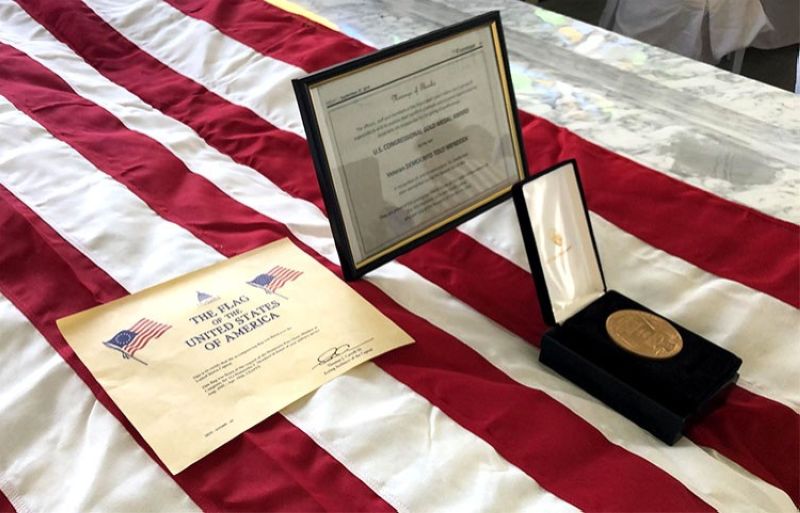 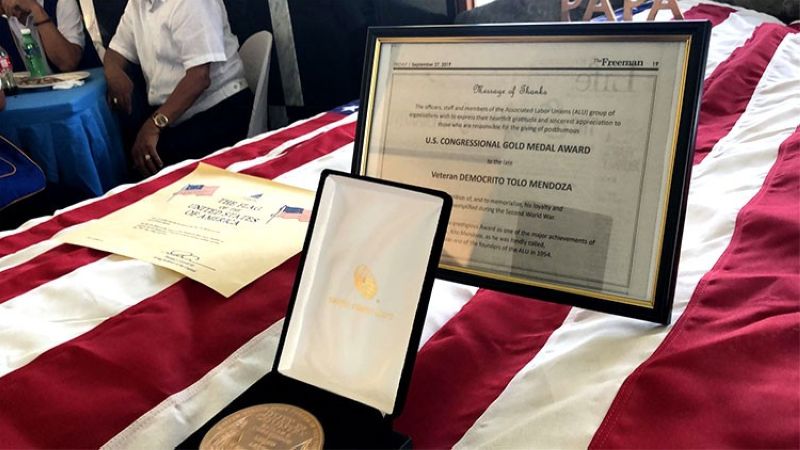 THE first chairman of the Cebu-based Menca Development Corporation, First Lieutenant Democrito Mendoza, was among the 40 Filipino World War II veterans who were given the US Congressional Gold Medal last August 29, 2019.

The recognition was held at the BTW World War II Museum, Veterans Center in Taguig City and led by US Ambassador to the Philippines Sung Kim. The US Congressional Gold Medal is the highest civilian honor the US Congress confers.

Mendoza, the patriarch of the Mendoza family that owns the Menca Development Corporation, served in the second world war and was among those who fought in Bataan, Corregidor, and Manila.

Aside from the gold medal, a United States flag, which was flown half-mast at the US Congress, was also given to him.

Mendoza's family and the Menca Development Corporation expressed their gratitude and appreciation to those who helped in the recognition.

"The family is really very happy... with the help of Gerry Alfafara, we appreciate for the highest honor. A really great honor," said Marily Mendoza-Lantz, daughter of the awardee.