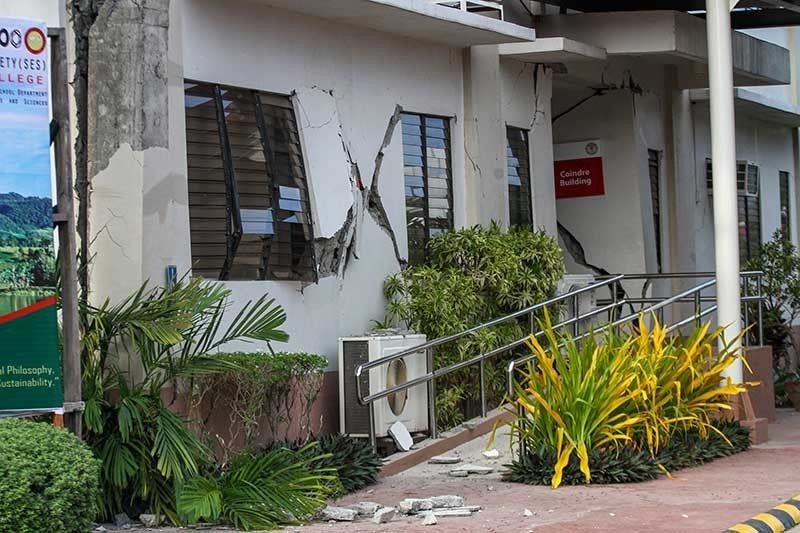 THE death toll from the magnitude 6.3 earthquake that struck parts of Mindanao last week has increased to seven, the National Disaster Risk Reduction and Management Council (NDRRMC) said on Monday, October 21.

In an updated situation report, the agency said the fatalities were recorded in Magsaysay town in Davao del Sur, Maguindanao and M'lang, Makilala, and Alamada in Cotabato.

Most of the victims died after they were either hit by falling objects or buried in a landslide. Three died of heart attack amid the earthquake.

The NDRRMC report said 215 individuals were injured particularly in the Davao (Region 11) and Soccsksargen (Region 12) as well as in the Bangsamoro Autonomous Region in Muslim Mindanao (BARMM).

The NDRRMC said that based on the record of the Department of Public Works and Highways (DPWH), a total of 3,160 infrastructure facilities in the three regions were reported damaged by the quake.

The quake struck at 7:37 p.m. on October 16, with epicenter plotted near Tulunan, North Cotabato. It was felt strongly in adjacent provinces. (Third Anne Peralta-Malonzo/SunStar Philippines)