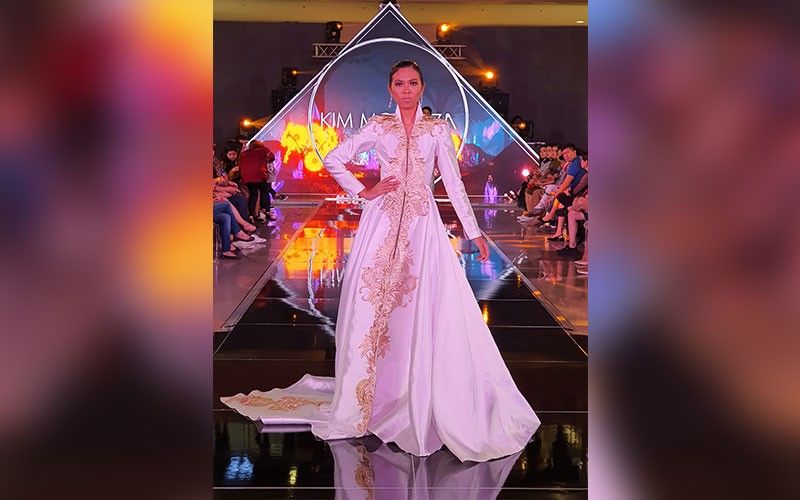 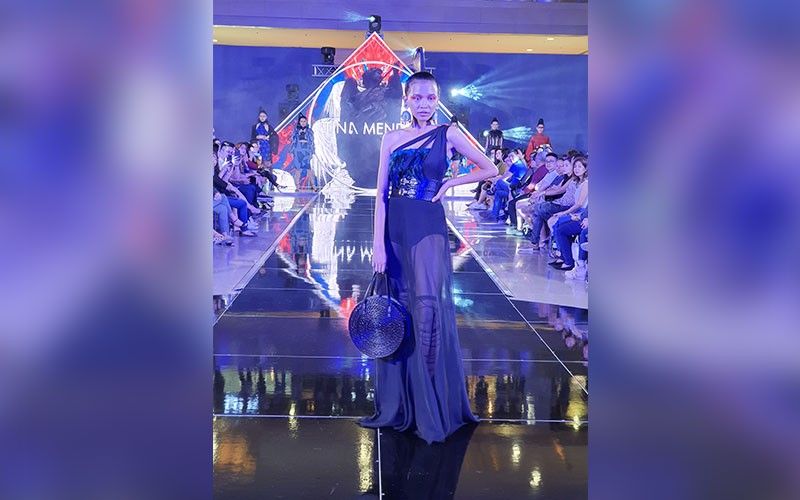 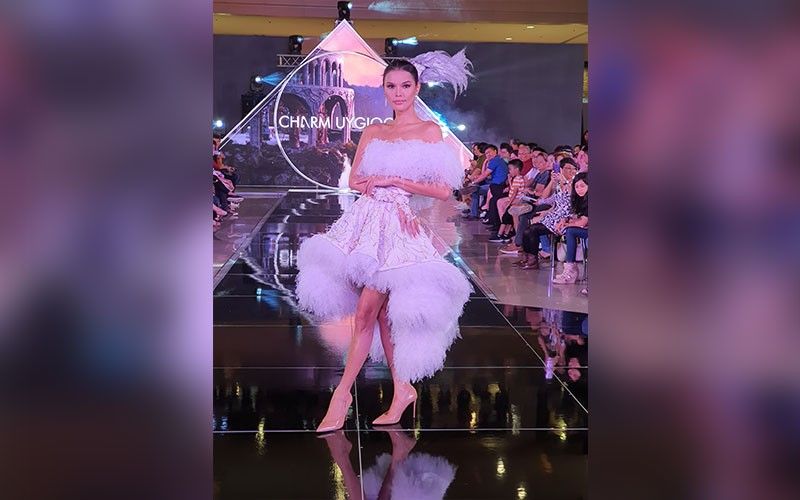 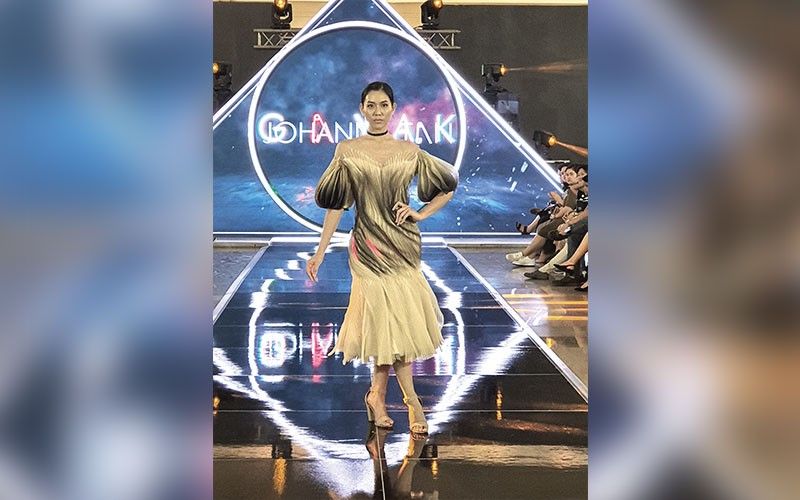 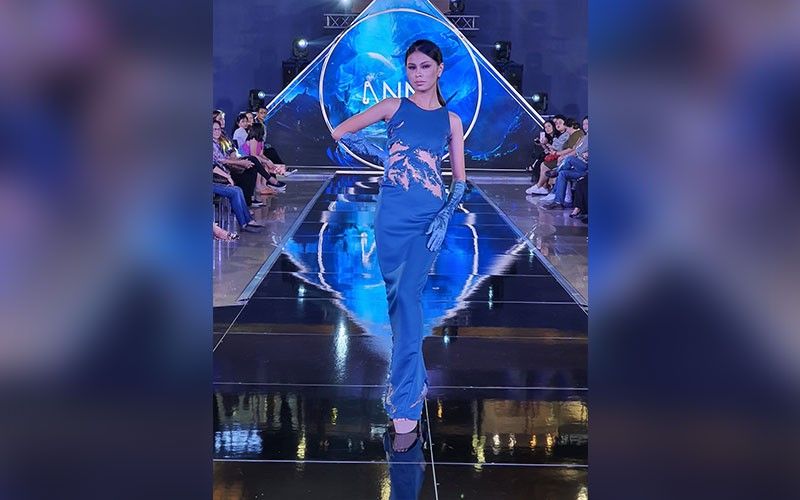 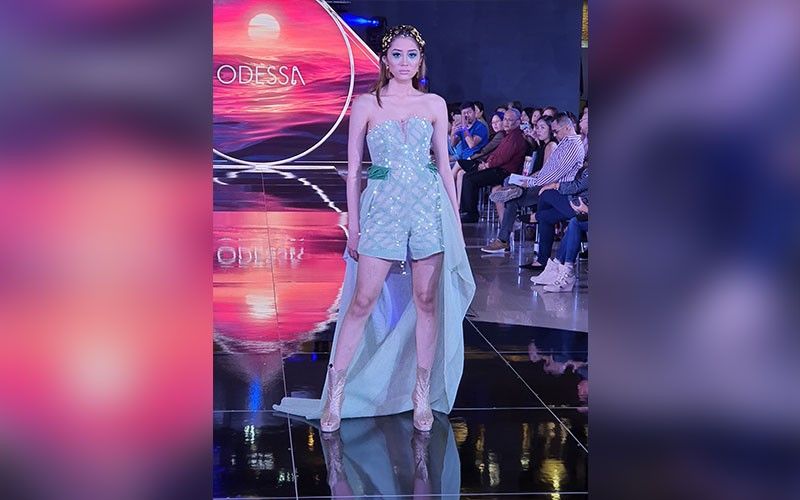 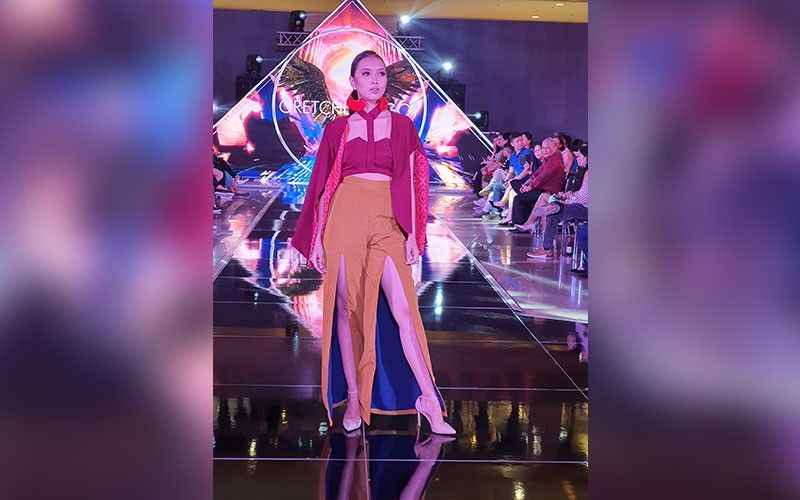 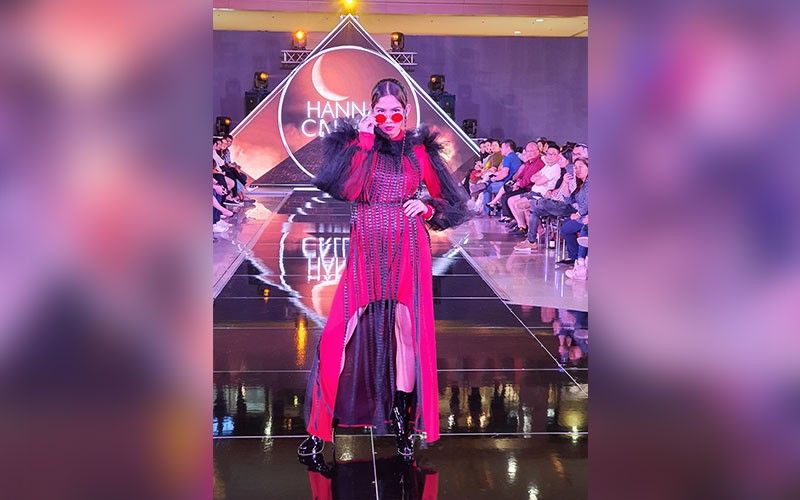 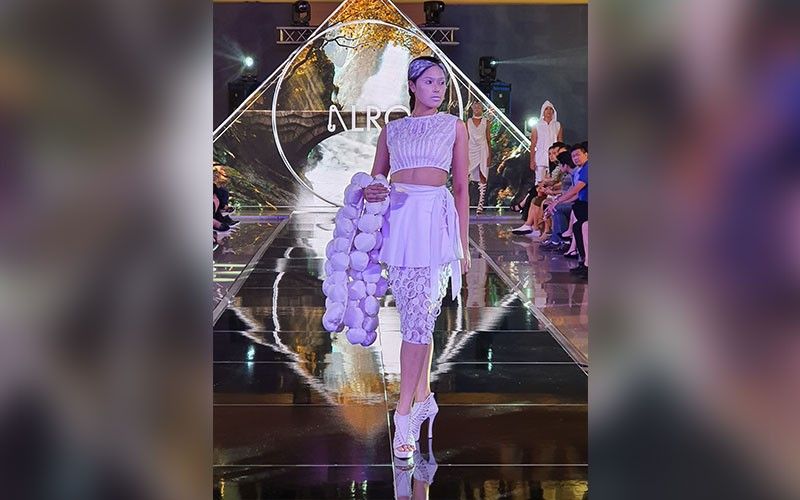 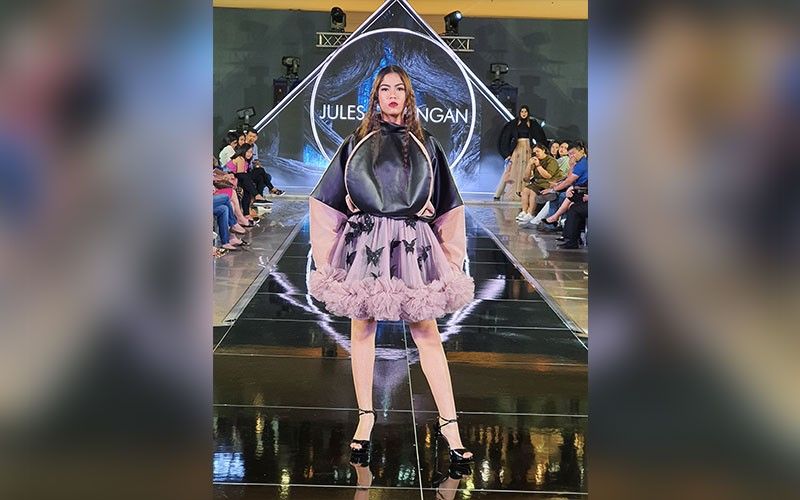 This year, the runway showed designs inspired by Philippine Folklore interpreted by the 10 graduates with their own unique spin.

Tina Mendez’s collection was inspired by the Manaul, a mythical king sent by Bathala that transformed into an omen bird, captured so by using the colors brown, blue and black as well and elements like feathers onto her resort luxury collection. She was given the award “Most Commercial Appeal.”

Charm Uygioco’s was about the Kinara, a half human half bird creature who are known not only to be great dancers and musicians but great lovers too. Her collection represents the joy the Kinara feels seen through the colors coupled with avian elements.

Alro’s was inspired by the Tumawo, known to most as Engkanto which he depicted through his all-white ensemble. It was a reimagined Tumawo village in a millennial driven society.

Kim Monteza’s embodied the the delicate features of the Diwata, also known as fairies, but with a contemporary twist. Hannah Callano’s was a fun take on the Aswang, one of the most feared creatures in Philippine folkore. For this, she won “Most Fashion Forward Collection.” She incorporated gothic and bondage-like elements in contrast to its vintage silhouettes.

Gretchen Agot’s was a collection bearing tribal elements and feathers to represent not only the creature, the Sarimanok, but to also represent the ancient tribes in Mindanao who revered this creature.

Odessa’s was a collection using geometric elements to capture the essence of the Siyokoys, creatures of the deep, particularly its scales. Johanna Tan’s was a collection made from science and art as she incorporated the fire element to mimic the Santelmos, believed to be lost souls looking for peace but could also be looking for retribution. This collection earned her the “Best Designer” award.

Meanwhile, Jules Gadingan’s collection was about the Mambabarangs—particularly why they do what they do, hence his attempts to capture their spectrums through his designs. Capping off the show were the billowy collections of Anna, inspired by the Maginadara, also known as Sirena, which she captured with a soft approach as well as incorporating ocean elements from corals, scales and waves.