USC aims for 2nd place; to fight USJ-R next 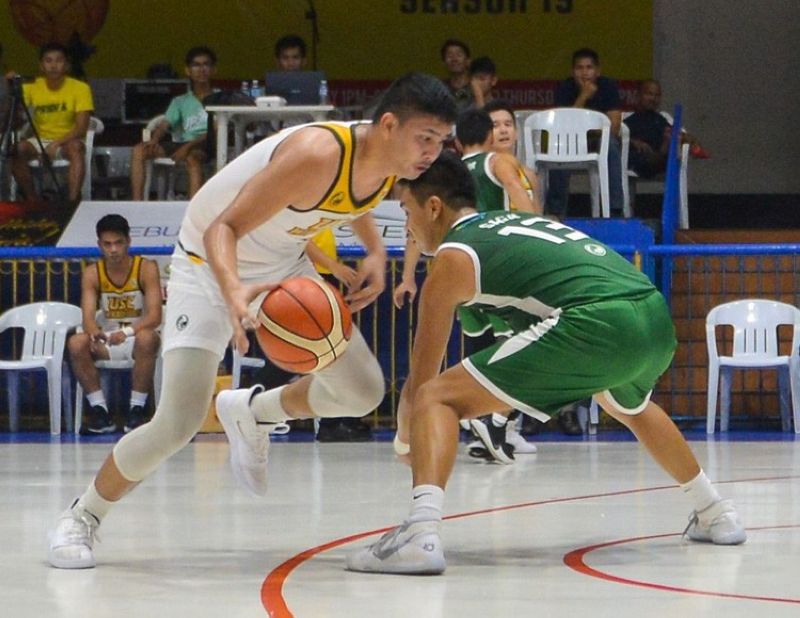 THE University of San Carlos (USC) Warriors try to seize second place in the standings when they take on the struggling University of San Jose-Recoletos (USJ-R) Jaguars in the 2019 Cebu Schools Athletic Foundation Inc. (CESAFI) men’s basketball tournament at the Cebu Coliseum on Tuesday, October 22, 2019.

USC is currently tied with the University of the Visayas Green Lancers for second place in the standings. The two teams are tied at 6-3, but a victory against the Jaguars would vault the Warriors to second place, right behind the league-leading Southwestern University-Phinma Cobras.

USC forward Magic Marata, the primary reason for USC’s 71-62 win over UV last week, said they will not be bringing their guard down especially against a USJ-R squad that is hungry for a win.

“Coach Bong always reminds us to stay humble in victories and to never let our guard down. Also, today’s practice would determine if ready na ba mi to play tomorrows game. We can’t be too relaxed because USJ-R is also preparing to beat us and we know they are hungry for a win,” said the veteran forward.

USC would be welcoming the return of hotshot Froilan Mangubat and reserve forward Kenneth Brillo, who served one-game suspensions for their roles in the fracas that happened between USC and the University of Southern Philippines Foundation Panthers.

“I’ve been waiting for this moment to come! I’m so excited to do my task for the team. Even though we didn’t have enough practice because of USC days, we will still try our very best to show what we prepared for,” said the sharpshooter.

The first game will see a high school tiff between the resurgent USJ-R Baby Jaguars and the USC Baby Warriors. (SunStar Cebu)