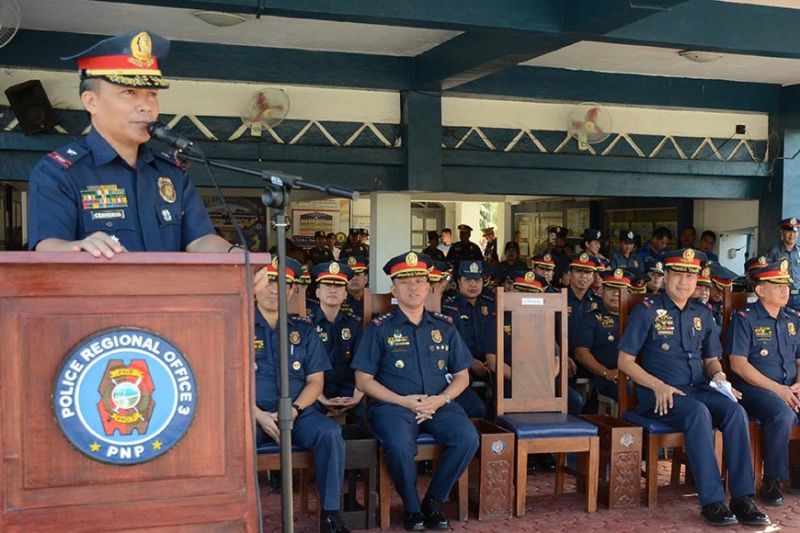 PAMPANGA. New officer-in-charge Police Brigadier General Leonardo Cesneros speaks before the men and women of the Police Regional Office III during his assumption of office on Monday at Camp Olivas. (PRO-Central Luzon photo)

“I would like to express my profound gratitude to our OIC-CPNP PLTGen. Archie Gamboa and new CIDG director PBGen. Joel Coronel for the trust and confidence he has given me and, with my gratitude, I offer him my pledge that I shall do my utmost best to perform my duties with the cooperation of every one,” Cesneros said during his first command conference.

“I urge everyone to extend to me the same support you have extended to PBGen. Coronel in my new capacity as your OIC, so that, together, we will continue to keep PRO-3 safe and peaceful at all times. Let us continue to maximize our efforts on anti-criminality especially now that we barely have two months before the 30th SEA Games. Let us also sustain the gains of our Regional Task Force to End Local Communist Armed Conflict,” he added.

Cesneros is a member of the PNPA Tagapagtanggol Class of 1986. (PR)