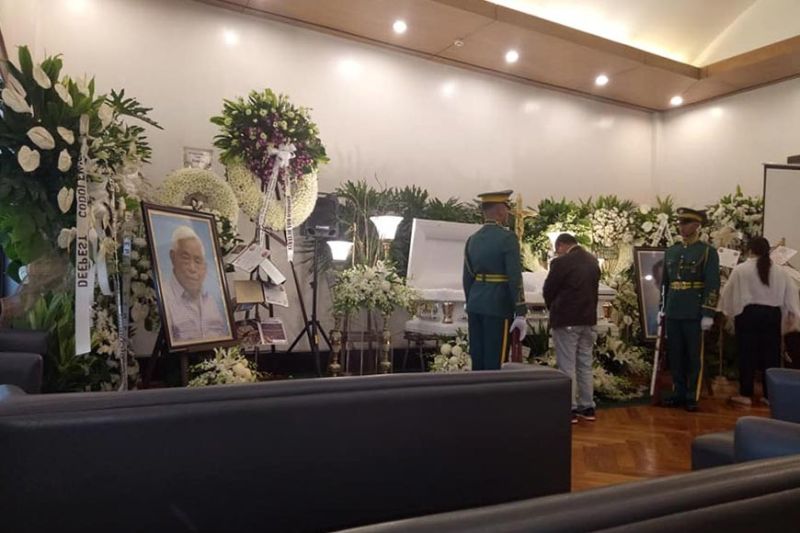 FORMER Senate president Aquilino “Nene” Pimentel Jr.’s remains will be brought to his hometown here in Cagayan de Oro for a three-day public viewing from October 23 to 25.

Pimentel, 85, was hospitalized last week due to lymphoma and pneumonia. He died at 5 a.m. on Sunday, his son Senator Aquilino “Koko” Pimentel III said.

He was anti-martial law icon as he was one of the leading opposition leaders when the late dictator Ferdinand E. Marcos declared martial law in 1972. He was imprisoned several times for opposing martial rule.

The late senator became mayor of Cagayan de Oro in 1980.

As senator, he authored and sponsored several key pieces of legislation such as the Local Government Code of 1991, the Cooperative Code, the Philippine Sports Commission Act, the Act creating the Autonomous Region in Muslim Mindanao, and the People’s Small-Scale Mining Act.

City Mayor Oscar Moreno said the people of Cagayan de Oro and Misamis Oriental would be especially honored to pay their last respects and give tribute to the late senator in Cagayan de Oro.

“I am forever grateful for his legacy, for authoring the local government code. May his person remind us that the truth sets us free and justice prevails--and we continue to promote this, together with good governance in local governments like barangays, cities, and municipalities,” Uy said.

Second District Representative Rufus Rodriguez meanwhile said Pimentel will be remembered as a freedom fighter who resisted martial law, a great statesman, and a true Mindanaonon.