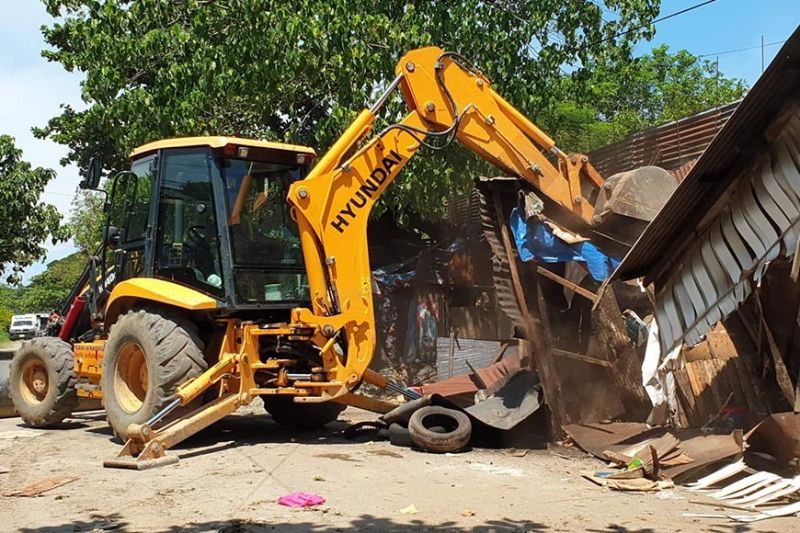 SOME 13 families living along a sidewalk in Gumamela Street, Barangay Carmen, Cagayan de Oro City were left homeless after their houses of 30 years were demolished by the city road clearing team on Monday, October 21.

Antonio Resma, clearing team spokesperson, said 35 shanties along a sidewalk were destroyed. Sidewalks are among the areas which President Rodrigo Duterte ordered to be cleared from obstructions.

Resma said records of the City Housing Urban and Urban Development Department (CHUDD) show that there were only 12 families in the area who are informal settlers when they last conducted a documentation.

The 12 families, according to CHUDD, had been given a housing unit each. But, as these families moved to a new home, another family moves in either to lease out the house or buy it.

Noralyn Mipranum, 49, for her part, claimed that they have been applying for a relocation in the last 30 years, but to no avail.

Mipranum said she is among the original 12 residents who lived in the area, but contrary to the CHUDD list, she was not among those who were given a relocation.

Mipranum said the city government should give them the empty housing units in relocation sites instead of leaving the units to deteriorate.

Resma said this is the first time that the road clearing involved the demolition of houses and displacement of informal settlers.

Some displaced families are temporarily staying at the barangay hall while others ran to their relatives.