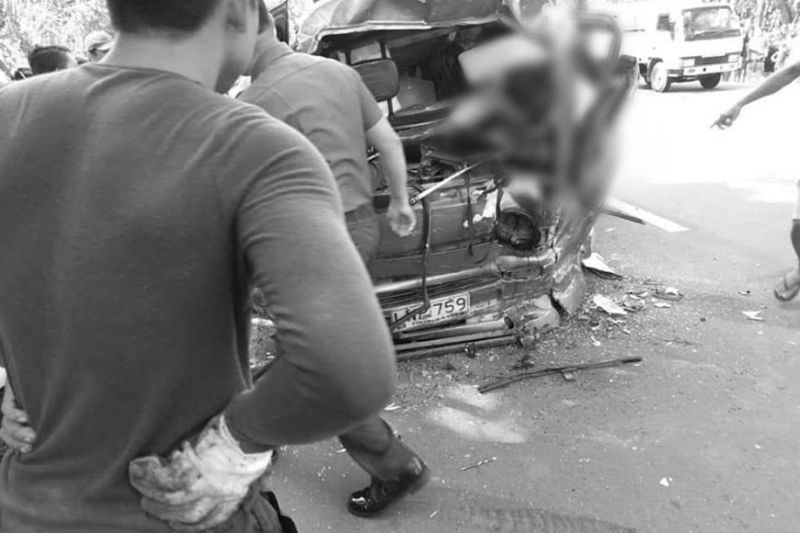 DRIVERS who figured in a road accident that happened around 9 a.m. Monday, October 21, in Purok 2, Hijo, Maco-Mati Davao Coastal Road in Maco, Compostela Valley will face reckless imprudence resulting in multiple homicide and physical injuries, as well as damage to property cases.

Latest reports from Maco Police Station revealed that three persons were killed on the spot, while 17 were wounded in the incident.

Three vehicles, which include a Navarra pick-up, Toyota Innova and a public utility multicab, figured in the accident.

Maco Police Station commander Captain Woody Sabdani said the Toyota Innova and the pick-up were both running in the same direction when the Innova overtook through the outer lane. When the Innova went back to its proper lane, the pick-up bumped into it, colliding with the multicab that was traversing on the opposite lane.

All casualties are passengers of the multicab.

The fatalities were identified as Bern Gestapa, Zaida Rongoc and Alberto Cambal, the multicab driver. The passenger of the Innova identified as Paulino Camay and its driver, Leonardo Camay, were both rushed to the nearest hospital.

The driver of the Navarra pick-up identified as Robert Paul Molina is currently under the custody of Maco Municipal Police Station, while all the wounded are now recuperating in a hospital in Tagum City.