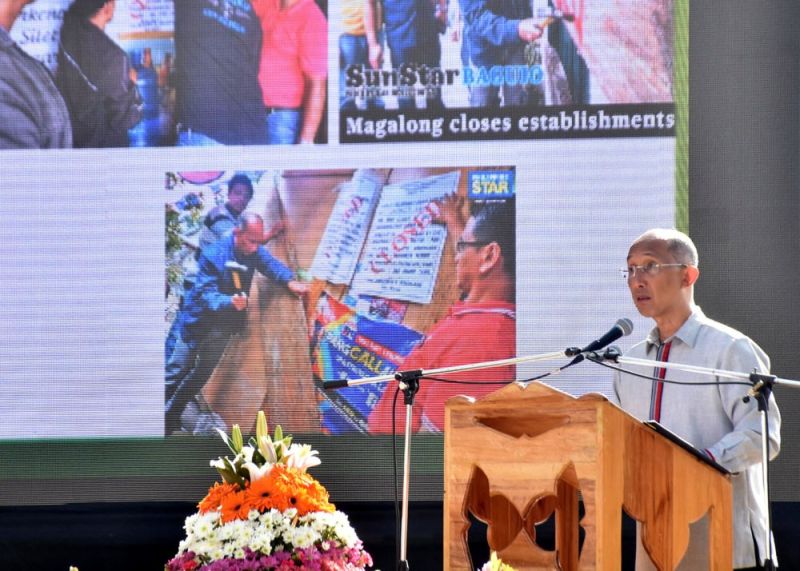 BAGUIO City Mayor Benjamin Magalong cited the gains of his administration and called for the cooperation of all stakeholders in the city.

"All through every defining moment of the last 113 days, we faced challenges made more huge and intimidating by the day. It is clear that making Baguio better does not happen overnight, certainly not in a matter of days and weeks and months. But for as long as the purpose remains single-minded, we will remain unfazed and unafraid. In unity and cooperation with one another, we must continue doing our work the only way it should be done: the right way every single step of the way," Magalong said.

The mayor recounted Irisan dump issue as one of the biggest developments, having successfully eliminated the stench and set into place a working compost facility.

Magalong underscored the "emerging transformation that has steadily built up from day one. These past 113 days were simply starting points to show us the right way of doing things right. We were merely on the threshold of new beginnings, hardly a cause to sit back and begin to savor undeserved laurels, for we all realize that these are simply small triumphs from sustaining difficulties."

The first-time mayor said his administration is experiencing old mindsets now giving way for the better in many significant ways.

"Government services are now being fast-tracked without having to sacrifice quality of work. Funding support, national or local, is coming our way," he added.

Magalong underscored the outpour of national support has even more concretized on the major needs to rehabilitate the city's environment, traffic, modernization of governance, upgrade what has been endeavored for the public good, to make every worker in government, with or without rank, a sterling example of a true public servant.

Magalong also enjoined the city to remain faithfully committed in managing city assets and resources with prudence and care.

"The time is now to engage our citizens all the more and make public the exact financial condition of the city in so far as its liquid assets are concerned. You and I know well enough that too much government funds in the custody of our authorized banks will only mean less funds for critical public needs," the former CIDG chief turned politician added.