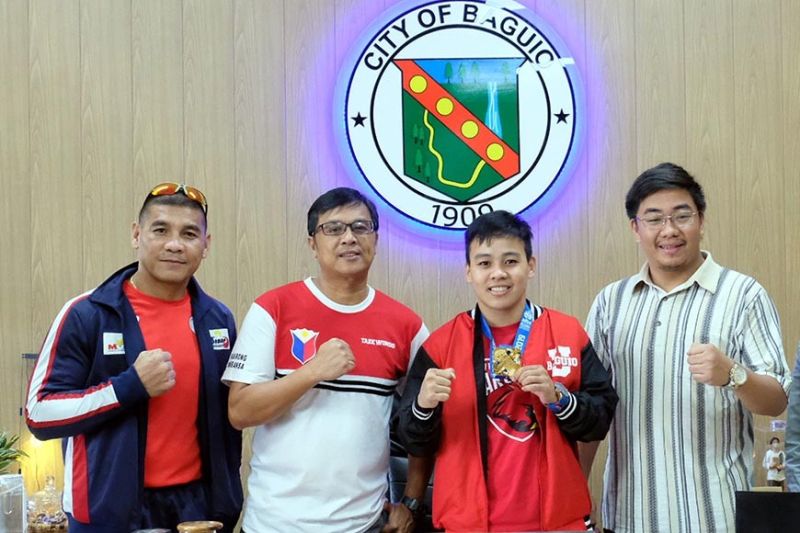 FILIPINA boxer Nesthy Petecio is dedicating her gold medal from the 2019 Aiba Women’s World Boxing Championships to her family and to all women who served as her inspiration.

The 27-year-old Petecio has been juggling her sports training and studies at the University of Baguio’s School of International Hotel and Tourism Management prior to her boxing stint held on October 13 in Ulan-Ude, Russia.

She encourages women who are inclined to combative sports to pursue their dreams, “tiwala lang sa sarili (trust in yourself),” she said.

Petecio added her gold medal in the 2019 Aiba Women’s World Boxing Championships was her comeback after losing in a 2-3 split decision to China’s Yin Ju Hua during the 2018 Asian Games.

Petecio, a native of Davao, has been residing in Baguio for most of her boxing career together with her sister Nicea and brother Norland who are also boxers at the University of Baguio.

Coach Rey Galido of the Philippine National Team said Petecio is set to travel to Goldcoast, Australia by the end of the month for her sparring training in preparation to the SEA games by November.

The lady boxer is also scheduled to take bouts in the Olympic qualifying rounds in China by February next year. (PR)