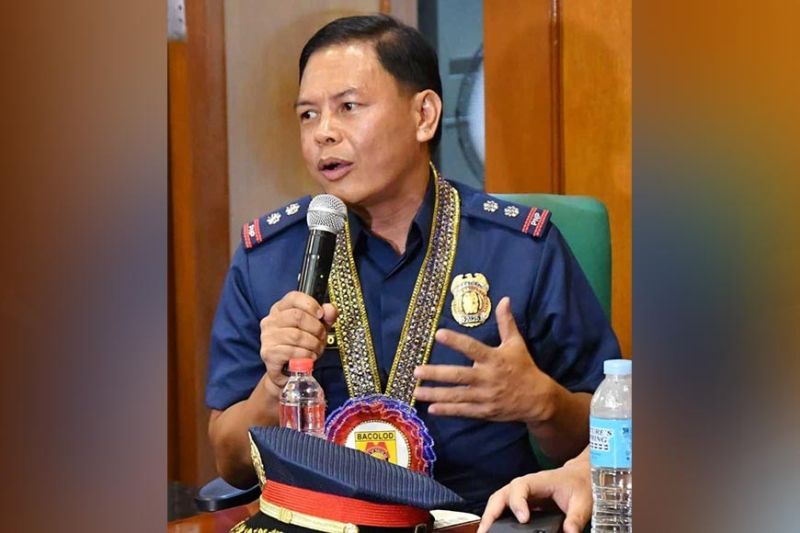 "DON'T be afraid, we are human and we have God. Relax lang."

Espenido said Duterte has his own privilege and prerogative to say anything.

"For the constituents of Bacolod City, we must be obedient, not only a law abiding citizen but a law abiding Christian to avoid any untoward incident," he said.

Duterte earlier said that Bacolod is badly-hit by illegal drugs, the reason he placed Espenido in the city and told Espenido he is free to kill everybody.

"We are only human and we're not perfect. Don't be afraid because we have God, just relax. I've heard that Bacolodnons are very religious so it's not the problem because I'm here to be one of the partners of the local government unit headed by Mayor Evelio Leonardia," Espenido said.

He said Bacolodnons should not be afraid if they are not doing something bad and they should trust the government and the Philippine National Police (PNP).

"We have a mayor here,, so trust the government most especially, trust the PNP, we are mandated and protected by God," he added.

Police Regional Office (PRO)-Western Visayas Director Rene Pamuspusan said Espenido was assigned in Bacolod to do his job as the deputy city director for operations of BCPO, which carries as the chairman of oversight committee on illegal drugs.

"He (Espenido) will be managing the different aspects in our fights against illegal drugs which include the operations, intelligence build-up, and the clearing of the barangays. I'm sure with his background as former chief of police, former crime-buster and anti-illegal drug officer, I'm sure that he will perform these positions," he added.

Pamuspusan noted that Espenido was also tasked to head the City Drug Enforcement Unit of BCPO.

He said the statement of Duterte should not be taken literarily because Espendio himself mentioned that he will perform his job according to the policies of the PNP and according to what he is expected under the law of our country.

Leonardia also said that Bacolod City is close to the heart of Duterte.

"So he must have the best of intentions for Bacolod and we believe that the authorities know better when you talk about the real drug situation and the other areas of peace and order. We leave it to the best judgment of the President and we feel that he is, in fact, concerned about Bacolod," he said.

Pamuspusan said in the past months, BCPO has a big accomplishment in terms of the recovery of illegal drugs.

"They are number one in the amount confiscated and the arrest of the drug personalities even the Negros Occidental Police Provincial Office (Nocppo) they are in tandem with the BCPO when it comes to the fight against illegal drugs. As the regional director, I'm really contented with their accomplishment but, despite of their accomplishment I'm still asking their extended efforts in the campaign against illegal drugs," he said.

Pamuspusan revealed that Bacolod City has a bigger problem on illegal drugs compared to Iloilo City.

He said they received information that the supply of illegal drugs in Bacolod City is coming from other areas through different ports in Aklan and Caticlan.

"It's now the focus of the oversight committee to determine where the supply is really coming from and we need also to coordinate with the other regions and other provinces," he added.

For his part, Binas said that since he assumed his post, he admitted to the mayor that Bacolod City has a problem on illegal drugs.

"We are very consistent when it comes to operation against illegal drugs, but there's still a supply of illegal drugs. We are hopeful that with the help of Espenido we can address or minimize the illegal drugs problem in the city," he said.

He added they also monitored one major supplier of illegal drugs in Bacolod, but he is not from the city.