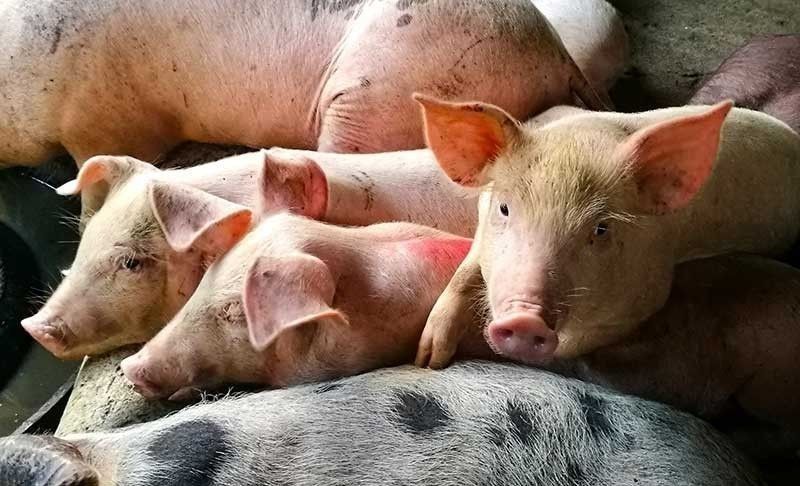 The task force had seized 3,800 kilos of processed pork from a liempo and lechon manok store in Barangay Casuntingan, Mandaue City on the same day.

Mandaue City Veterinary Office (MCVO) inspector Catalina Mañago said the store is a branch of a liempo and lechon manok store based in Pasig City.

“They have stock in their storage processed pork from Pasig City based on their documents,” Mañago said.

The store may have complete documents and its facilities but it has not complied with the executive order of Mandaue City Mayor Jonas Cortes banning all pork products coming from Luzon, she said.

But Provincial Veterinarian Mary Rose Vincoy said that based on the report submitted by the ASF task force, the management failed to present meat inspection certificates, which should have been placed in conspicuous areas for consumers or authorities.

“When they checked the back portion of the store, because the management claimed that those were all the pork they had, the task force found that there were more pork products in the warehouse,” Vincoy said.

This prompted the task force to tap the National Meat Inspection Service (NMIS) and its meat control officers.

Bags of frozen pork products weighing 1,204 kilos shipped from Pasig City were discovered at the warehouse.

“Although they have a certificate of meat inspection (Comi), considering that their processing is done in Pasig, Executive Order (EO) 16 provides that all pork products from Luzon should be confiscated,” Vincoy said.

The issuance of EO 16 on Sept. 18, 2019 further amends earlier EOs related to ASF in order to implement a total ban on the entry of live hogs, pork, pork-related products, byproducts and boar semen from Luzon into Cebu for 100 days.

The ban, which ends on Dec. 28 yet, is meant to protect Cebu’s P11 billion hog industry from the ASF.

In the Philippines, the provinces of Rizal, Bulacan and Quezon City have been affected by the ASF. Two barangays in Dasmariñas City, Cavite and one barangay in Palayan City, Nueva Ecija are the latest to report cases of ASF, according to an ABS-CBN report.

The store’s pork products were reportedly imported from other countries, hence the issuance of a Comi.

Vincoy, though, said the task force will still have to trace the shipping origins of these pork products to verify the management’s claims.

The store has yet to give the task force a copy of its shipping documents as of Monday afternoon.

Vincoy said that usually, an imported meat product arrives at the port in Manila, the meat inspection seal on the package would be opened before these are sent to a cold storage plant.

“So regardless of whether or not it was imported, the treatment would be that it was from Luzon,” she said.

If it has to go through Manila ports, importers are advised to keep the seals and wait until it reaches Cebu before opening the products for cold storing.

She said this will ensure that the meat products will not be tampered with.

But aside from the pork products, the ASF task force also found packs of chicken meat products in the same cold storage.

“The position of the NMIS was that since there was already co-mingling, the chicken meat should also be disposed of. It’s true that the manager had resisted that’s why we asked personnel from the Special Weapons and Tactics,” Vincoy said.

While the ASF is only fatal to pigs, Vincoy said co-mingling would expose the chicken meat to possible fomites and bacterial contamination.

Despite initial resistance, the store had “voluntarily surrendered” all their pork and chicken products to the task force.

The management has submitted a request for reconsideration to the Mandaue City Government through Manila-based Panelo Law Office.

A copy of the letter was also sent to the Provincial Veterinary Office.

Aside from the pork products from Casuntingan, the task force also disposed of 1,379 kilos of pork and pork related products that were confiscated from supermarkets, wet markets and shops.