CHR: Death of robbers a rubout? 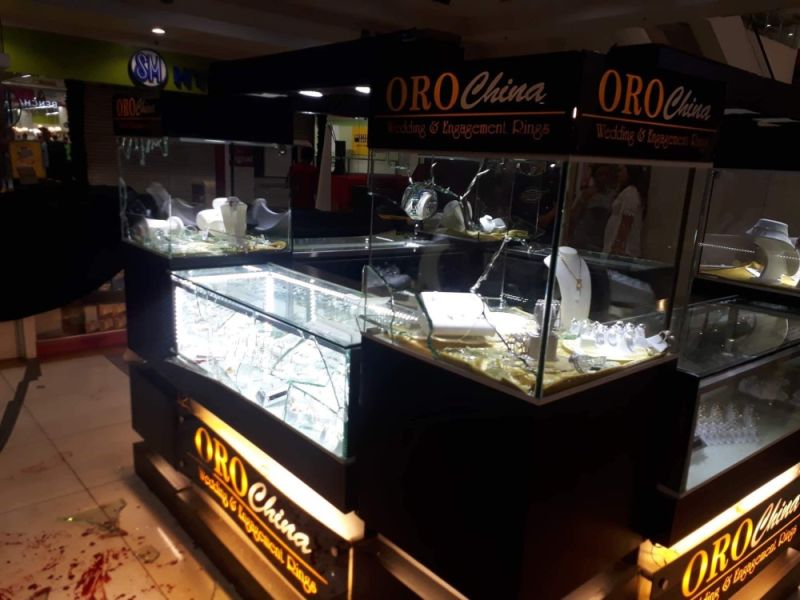 WERE the four robbers involved in the J Centre Mall robbery on Oct. 19, 2019 killed intentionally?

Also, police will include the mall guards in the investigation as they were found to have been lax in securing the mall.

The mall guards did not have firearms with them at that time, said Police Colonel Ildibrande Usana, deputy regional director for administration.

But J Centre Mall security and safety manager Gaspar Malanquis said the mall management disallows firearms inside the premises to prevent shooting encounters inside the mall that would put their shoppers in danger.

The bodies of the slain robbers remained unclaimed at the Cebu Cosmopolitan Funeral Parlor as of Monday, Oct. 21.

The funeral parlor is waiting for the Scene of the Crime Operatives for the go-signal to prepare the bodies.

Another getaway vehicle of the robbers was found in Liloan, the town next to Mandaue City. It was a blue Ford Vista.

Mandaue City Police Chief P/Col. Jonathan Abella said the manager of a business process outsourcing (BPO) company who had sought the help of Cebu City Mayor Edgardo Labella had nothing to worry.

Abella said Rodolfo Ugang Jr. was not a suspect.

Ugang and his family live in the apartment unit next to that leased by the suspected robbers in Liloan town.

Ugang said the police who checked out the apartment told him he was under watch and that they noted down the plate number of his car.

The CHR central office has instructed Villarino to look into the reports that what happened to the four suspects may have been another case of “nanlaban.” Villarino said he respects what the police do to solve the crime but “we want to know the circumstances of how those four suspects died in their custody.” Speaking to SunStar Cebu on the phone, Villarino said, “If we look at past cases of death in custody, it’s pretty much the same scenario. The police claim that “nangilog” ang mga suspects.

Did the police practice extraordinary precaution to ensure those suspects won’t fight back under their custody?” Colonel Usana, in an interview with police beat reporters, said the “neutralization” of the robbers was “legitimate” when the men tried to grab the firearms of the responding policemen.

The robbers had been handcuffed on their backs and loaded into the police vehicle. How could have they grabbed the firearms of the police, Usana was asked.

“We assume that procedures have been followed,” Usana replied.

He said armed robbers especially those belonging to organized crime groups do not hesitate in fighting and killing policemen.

The J Centre Mall robbers were identified to have belonged to robbery groups based in Ozamis City.

Usana also trained his sight on the laxity of security of the mall.

He said footage of the closed circuit TV (CCTV) of the mall showed that the 14-15 men acting strangely had entered the mall hours before the 7 p.m. robbery.

For now Usana cannot give a “categorical answer” if the robbers got help from the mall guards but in the meantime, he said, the Mandaue City police investigators are considering the private security personnel as persons of interests.” The laxity of security in the mall was brought up during the Mandaue City Peace and Order Council meeting on Monday.

Mayor Cortes said he understands the mall policy to ban the entry of firearms even those owned by police or soldiers.

Without firearms, the mall guards were easily pinned down by the robbers, he said.

In the meeting, JCenter Mall security and safety manager Malanquis the guards do not have firearms to prevent the occurrence of shooting inside the mall that can endanger the lives of shoppers.

Malanquis also said they have evacuation plans in case of untoward incidents.

Jhon Go, head of mall operations of J Centre Mall, also said during the meeting that they are willing to coordinate with the Mandaue City police in allowing armed police officers to rove the mall as long as they are in uniform and can present identification cards.

Tairos was gunned down after he allegedly attempted to fight back police officers who were trying to arrest him at the wharf.

The four, along with another suspected robber Arnel Cimafranca, were arrested as they were boarding a roro (roll-on, roll-off) vessel at the Polangbato Wharf in Bogo City on Saturday night.

Police said the five were suspected to be members of the Ozamis Robbery group and had criminal records. (JKV, KFD, PAC, AYB, JOB)