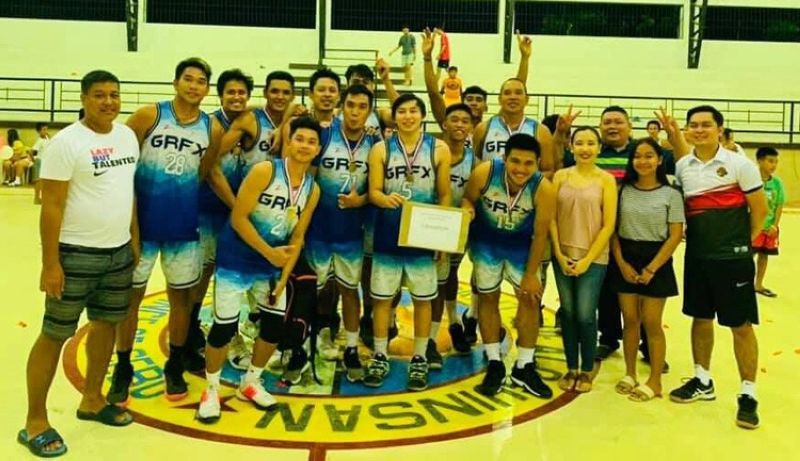 GRAPHICZ Point captured the championship in the Aloguinsan Mayor’s Cup with an 88-79 victory over David and Kyrie in the finals at the Aloguinsan Super Dome on Sunday, October 20, 2019.

Graphicz Point got off to a blazing start and led 33-15 after the first canto.

And although David and Kyrie made several attempts to make a comeback, Graphicz Point simply had too much firepower and eventually claimed the win, the championship trophy and the P100,000 cash prize that came with it.

Ex-Southwestern University ace Alfred Belande chipped in 15 while another ex-CIT-U stud, Nino Batiquin, contributed 11 markers to give the team owned by Dexter Villarta the championship.

The league was made possible by the leadership of Aloguinsan Mayor Cesare Ignatius G. Moreno. The league was headed by commissioner, Councilor Toto Biton and technical committee head, Edwin Dejacto. (SunStar Cebu)